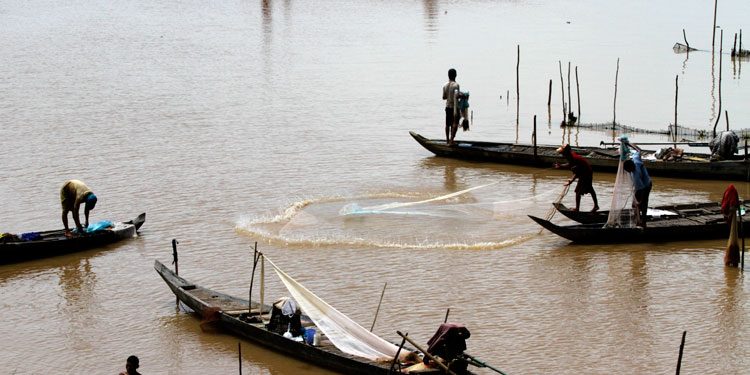 AFP – Negotiations on banning billions of dollars in fisheries subsidies are coming to the crunch at the beleaguered World Trade Organization (WTO), with the deadline to net a deal fast approaching.

Disagreements persist, especially over what the outcome might mean for developing countries, while over-fishing continues to strip the seas of a hugely important resource on which millions of people depend for their livelihoods.

Negotiations began at the WTO in Doha in 2001 and got a much-needed boost with the adoption of the UN Sustainable Development Goals in 2015.

That set the end of 2020 as the non-binding deadline for eliminating subsidies that contribute to illegal, unreported and unregulated fishing.

It also bans certain types of subsidies that contribute to overcapacity and overfishing, while providing special treatment for the world’s developing and least developed countries.

Member states have so far failed to reach an agreement but pressed into action by the approaching deadline, negotiators have been beavering away since September on the basis of a confidential working document.

Their work has been slowed by the Coronavirus pandemic and several countries, including India, Sri Lanka, Indonesia and Namibia, doubt the deadline can be met, according to a source close to the discussions in Geneva, where the WTO is based.

Global fisheries subsidies stood at $35.4 billion in 2018, with $22 billion of that going towards building up fishing fleets, according to Ussif Rashid Sumaila of the University of British Columbia in a study which is regularly cited by diplomats.

Meanwhile the Food and Agriculture Organization (FAO) of the United Nations has an increasingly alarming outlook on over-fishing.

The FAO said a third of commercial fish stocks were fished at biologically unsustainable levels in 2017.

Global fisheries production in 2018 reached a record 96.4 million tonnes – up 5.4 percent on the average across the three previous years.

The increase was mainly down to marine  fisheries, in which the top seven producing countries – China, Indonesia, Peru, India, Russia, the United States and Vietnam – account for almost half the total catch.

Despite the years of discussion, multiple fault lines still exist, including over whether there are good subsidies and bad subsidies.

European countries and others such as Japan and South Korea want a ban on subsidies, except where it has a positive impact and any potential negative effects can be cancelled out.

“If subsidies allow fishing to be made more sustainable – for example by developing the use of selective nets – then it must be permitted,” said Jean-Marie Paugam, France’s permanent representative to the WTO.

Others believe, on the contrary, that any subsidy is inherently bad and should be removed. There are also voices calling for subsidy caps.

According to the same source close to the talks, Brazil has put forward a plan under which the biggest subsidisers would have to make big reductions, while those giving less than $25 million in annual subsidies would be exempt.

One of the main stumbling blocks remains how developing countries and the poorest nations will be treated.

Some, such as India, are calling for them to be almost completely exempt from any constraints.

That demand is difficult for everyone to accept, especially because the WTO system allows its members to self-identify as developing countries.

Many of the major fishing nations are considered developing countries, including China, which has one of the biggest fishing fleets.

Nongovernmental organisations stress the importance of reaching an agreement, believing it would, in any case, favour smaller fishing enterprises in poorer countries.

An agreement “will benefit small-scale fishermen because, when we talk about fishing subsidies, approximately 80 or 85 percent goes to large-scale industrial fishing,” Remi Parmentier, an adviser to the Friends of Ocean Action group, said.