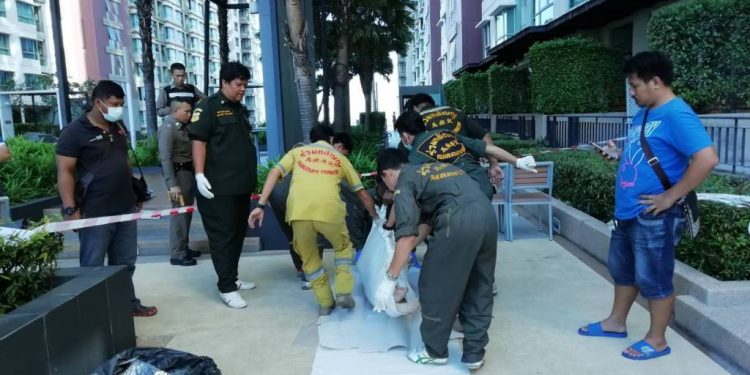 A woman, apparently hallucinated, fell to her death after climbing to the sixth floor of a Bangkok condominium early on Saturday (Sept 21), police said.

The woman was identified as Rungthikhun (surname withheld), 32, a waitress at a Bangkok entertainment place.

Her body was sent for autopsy to Ramathibodi Hospital. She fell from a condominium in the RCA area on Rama IX Road in Bangkok’s Huay Kwang district at 3am.

Police learned from her mother that Rungthikhun stayed in another building of the condo.

The mother told police that Rungthiwa used to be in contact with her and sent her money every month when she had a Western boyfriend but she stopped calling after the boyfriend returned home.

The mother said Runghiwa called her to meet her at the condo on Friday night, threatening to commit suicide if she did not turn up. The mother took a taxi from Samut Sakhon province to meet Rungthiwa.

When the mother and Rungthiwa’s son arrived from Samut Sakhon, the mother became dizzy so Rungthiwa took her to Piyawate Hospital.

While the three were about to take a taxi back to Rungthiwa’s condo room, the woman started crying that she was being hunted down by four men and ran towards the wooded area behind the hospital and disappeared. The mother took a taxi to return to Samut Sakhon before she was informed by police that her daughter had died.

The owner of a room on the sixth floor told police that it was raining heavily and Runthiwa climbed into the room from the balcony. The room owner told Rungthiwa to leave through the front door but she climbed back via the balcony and fell down. 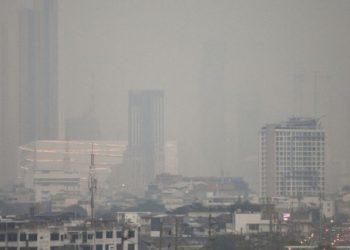 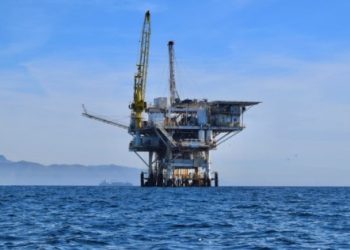 BANGKOK — Hundreds of Thai villagers and small business-owners have filed lawsuits for damages worth five billion baht against Star...