Why is Asia divided on a green light for medical marijuana? 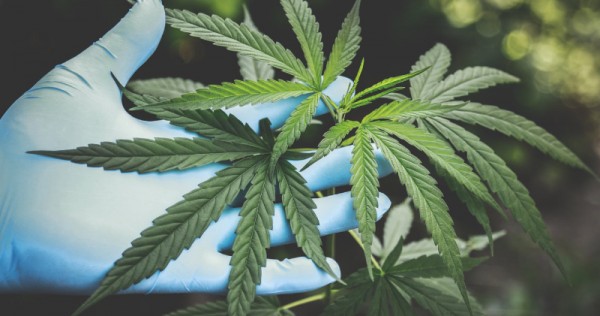 Thailand, the sole Asian country to legalise cannabis for medical use , is so keen on educating locals about the drug ’s benefits that tourism and sports minister Phiphat Ratchakitprakarn this month unveiled a medical marijuana tour that will cover eight provinces, set to kick off next year.

But not too far away, in Singapore, top officials are singing a starkly different tune.

Earlier this month, he told local media Singapore had to “hold the line” on the issue and needed to persuade the international community “based on rationality and science”.

The issue of cannabis legalisation around the world was once again thrust into the spotlight this month, following a vote by the United Nations’ Commission on Narcotic Drugs to reclassify it one that is less dangerous and has medical or therapeutic benefits.

On December 2, the commission’s 53 member states voted to remove cannabis from Schedule IV of the 1961 Single Convention on Narcotic Drugs. There were 27 nations in favour – including the United States , India, Nepal and Thailand – while among the 25 in opposition were Russia , China and Japan , as well as one abstention.

Experts said the result could prompt greater medical research and legalisation efforts around the world. But it also illustrated a separate issue: Asian nations are starkly divided on their views towards marijuana use, a not entirely surprising outcome given the efforts made to recognise its benefits in countries such as Thailand and Malaysia.

Thailand on Wednesday said it would no longer classify cannabis plants and extracts as a Category 5 narcotic – though cannabis buds containing high amounts of tetrahydrocannabinol, or THC, will remain illegal.

Reports also pointed to potential diplomatic pressures at play, including India’s decision to vote alongside the US on the issue despite the Asian nation’s narcotics bureau having previously ramped up efforts to question and arrest celebrities – including television personality Bharti Singh and actress Deepika Padukone – for alleged possession of narcotics.

Indian politician Shashi Tharoor, who has advocated the decriminalisation of marijuana, took a dig at his critics in a social media post. “I was attacked for a policy recommendation to legalise it two years ago,” he wrote.

“Now, even as the

But what of the countries who opposed the UN vote? Faizal Abdul Rahman, a research fellow at Singapore’s S. Rajaratnam School of International Studies, said if like-minded countries wanted to object further, they could rally minilateral efforts in law enforcement cooperation and information exchanges to monitor how the reclassification would affect the global trade in narcotic drugs.

They could also cooperate to understand how the UN development would affect public sentiment on drugs and devise better messaging to discourage lackadaisical attitudes about substance abuse, he said.

Bilahari Kausikan, the former permanent secretary of Singapore’s foreign ministry, noted that the resolution was not binding and said the UN vote was used as an “excuse or cover” for nations that did not have the political will to confront the issue of marijuana use.

“Decriminalisation, which is essentially what the UN vote did, in effect means that supporters of the vote have given up that fight,” he said.

WHO vaccine scheme risks failure, leaving poor countries with no Covid shots until 2024

World Bank: Cambodia’s economic projected to grow by 4 percent in 2021