Why Germany has abandoned its post-WWII stance to give Ukraine heavy weapons? What those weapons are? 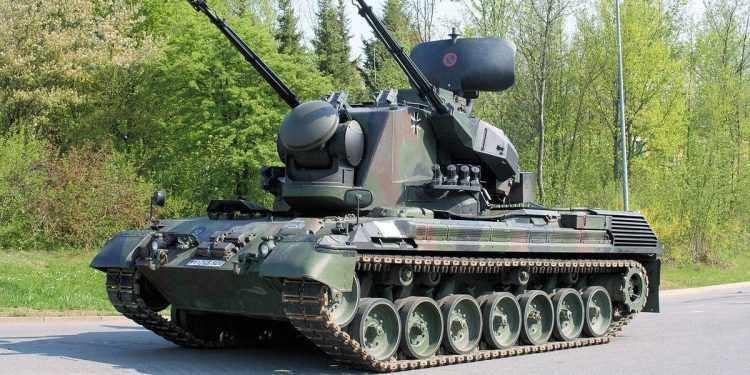 Berlin — After weeks resisting calls from Ukraine, the U.S. and from within his own country to send heavy weapons to help Ukrainian forces repel Russia’s invasion, Chancellor Olaf Scholz has agreed to supply some serious armament. The government announced Tuesday that Germany would deliver 50 Flakpanzer Gepard self-propelled anti-aircraft guns to Ukraine.

The announcement came during a summit of Western nations hosted by U.S. Secretary of Defense Lloyd Austin at the U.S.’s Ramstein Air Base in southwest Germany. It came after Austin appealed to America’s closest military allies to “keep moving heaven and earth” to help Ukraine defend itself.

Germany’s decision marked the end of a cross-party commitment not to supply weapons to active conflict zones that had held in Berlin since the end of World War II. In addition to pressure from the U.S., Scholz’s coalition government was convinced to abandon that policy by Ukraine’s ambassador in Berlin, and by the fact that several smaller European nations have been sending heavy weapons to Ukraine for weeks.

“The international pressure was growing too big, Germany had to give in,” Gustav Gressel, a senior fellow at the European Council on Foreign Relations (ECFR), told CBS News on Wednesday.

The German government has now granted permission to arms manufacturer Krauss-Maffei Wegmann to provide the anti-aircraft tanks to Ukraine. The weapons are built on German Leopard I tank hulls and mounted with twin autocannon. Each “Cheetah,” as the tanks are commonly known, boasts 320 anti-aircraft rounds. The 50 for Ukraine will be drawn from former stocks of the Bundeswehr, Germany’s military.

German Defense Minister Christine Lambrecht announced the new contribution to Ukraine’s war effort at the very the start of the meeting of defense chiefs at Ramstein on Tuesday.

“This is exactly what Ukraine needs right now to secure its airspace from the ground,” she said. “As soon as it was clear that others were delivering certain systems, then we were clear that we would support that by providing our own shipments. That is our way of doing things — i.e., Germany will not do it alone.”

The Gepard tanks, often called “Cheetahs,” can operate autonomously in all weather conditions, day or night. The current version could be used to shoot down modern fighter aircraft, standard missiles, remotely guided missiles and drones, the manufacturer says.

The weapons were originally developed about half a century ago to provide mobile Bundeswehr tank units with protection against low-flying aircraft and attack helicopters. The Bundeswehr decommissioned the tank about 10 years ago, but the system is still used by NATO member Romania’s military.

Gressel, of the ECFR, said Germany wasn’t spurred into action this week based solely on Ukraine’s short-term needs.

“Russia’s war aims are very long-term, and the war will still occupy us for a very long time, even after this [invasion]. So in that sense, the question is what to deliver, how, in what time,” he said. “There is a long-term interest to supply Ukraine with weapons.”

And there could be more coming.

In the run-up to the meeting at Ramstein, Düsseldorf-based arms manufacturer Rheinmetall also applied for permission to deliver heavy weapons to Ukraine. According to German news agency DPA, the company submitted applications to the Federal Ministry of Economics and Technology last week to supply 88 used Leopard main battle tanks to Ukraine, in addition to infantry fighting vehicles.

It wasn’t clear how likely the German government is to grant those requests, but if it does okay the provision of battle tanks, it would be the heaviest offensive weaponry provided to Ukraine to date.

Government spokesman Steffen Hebestreit said decisions would be made on the applications as quickly as possible.

Germany also wants to support the Netherlands and the U.S. in training Ukrainian soldiers in the use of artillery systems, including by bringing Ukrainian forces into Germany for lessons.

Austin welcomed Germany’s decision on Tuesday, hailing the country as a “great friend and ally to the U.S.”

“We must keep up with the pace of war in” Ukraine, he said. “We are all more determined than ever to support Ukraine in fighting Russian aggression and Russian brutality.” He said he believed that with the right equipment Ukraine could beat Russia.

Earlier, Austin said the U.S. wanted “to see Russia weakened to the point where it can’t do things like invade Ukraine.”