Why did I abandon my Chinese name? asks New York student in moving podcast 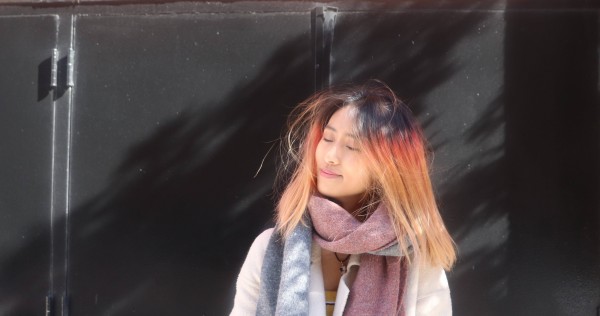 When Aria Young was 16, she moved from her home city of Shanghai in China to the US state of Pennsylvania. The high school student’s new life involved a lot of changes, including a name change.

“I was told that changing my Chinese name to an English one would make life easier,” says Young via Zoom from New York, where the now 21-year-old is a second-year student at New York University.

“It’s a common practice for Asian immigrants to choose an English name when they move to America,” she says. “Nobody ever questions it because people are just socialised to do it.”

Young didn’t question it either. “I was too excited about moving abroad to my new life, so I went through an agency that helped with my visa applications and they were like, ‘So you have to decide on an English name.’”

Young was born Yang Qinyue – Yang is her family name, and of her given name, the qin character means “to seep”, and the yue character symbolises happiness.

She adopted the English name Aria before her visa application, which means “melody” in Italian. “The character happiness in my Chinese name can also mean when music is pleasing to the ear, so Aria made sense,” she says. “I thought my life would be melodic and musical.”

Fast-forward five years, and Young feels differently. She is questioning why she abandoned her native Chinese name, a decision that left her feeling confused about her cultural identity.

Young shares her story in “What’s In A Name?”, a moving podcast that won her this year’s NPR College Podcast Challenge, a competition among students in the US. She beat 10 finalists and many more entries from 37 US states.

“In Chinese culture, names are a big deal,” she says in the podcast. “They symbolise a parent’s expectations or well wishes for their child.

“That’s what my parents wished for me,” Young says. “To be gentle, pure and nurturing like water, to have a brave and kind heart, and to be joyful, happy and carefree,” she says of the name her parents had gifted her, and one that she loved but discovered was “too hard for the English tongue to pronounce”.

In her podcast, she talks about how as a young student in the suburbs she “rejected her ‘Asianness’” as she tried to fit into her school by “dressing like the popular white girls” and even bleaching her hair blonde.

She talks about the microaggressions and casual racism she experienced, sharing one incident when a fellow student asked her if she was selling dog meat.

She reflects on why she tried so hard to fit in, especially after witnessing violence, injustice and alienation towards the Asian-American community, behaviour that was amplified during the Covid-19 pandemic when anti-Asian sentiment was running hot.

“I wanted to find out why people threw away their Asian names and identity,” she says.

She discovered that it wasn’t just because English names were easier to pronounce in people’s adopted countries, but that they were seen as “fancier and better sounding because of cultural colonialism ”.

She says her podcast resonated with a lot of listeners. “I’m happy that my podcast has inspired people or made people feel like their voices are being represented – that they could hear their own stories in my story.

“That makes me really happy and makes me want to continue to be a storyteller,” says Young, who has plans for a career in journalism.

“I’m not saying abandon your English name – I still go by Aria and I feel like it is who I am today. I want to honour my independence, as Aria represents my new life in the States that I built for myself.

“But I’m also honouring my Chinese identity and lineage by making people aware of my native name.

“The podcast was me trying to reconnect with my roots … I guess my message is to be proud of who you are.”