Why Chinese enterprises will welcome 2022 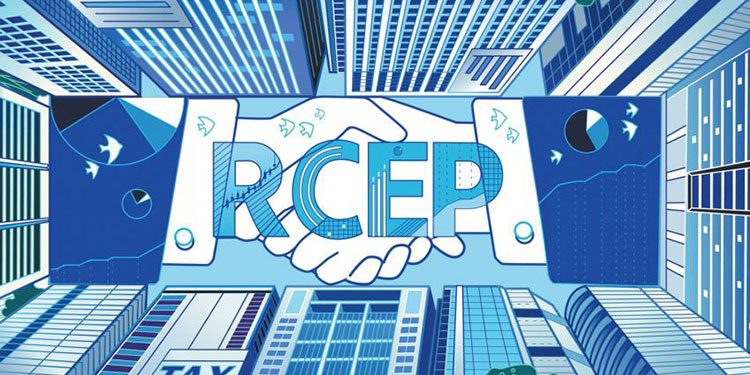 The RCEP agreement will bring zero-tariff treatment to 30 percent of Chinese exports. It will also bring more opportunities for Chinese enterprises to invest in related economies

The implementation of the agreement, a big step forward toward regional economic integration, is expected to inject new economic growth impetus into member economies.

For China, the agreement will facilitate its establishment of the new dual-circulation development pattern, which takes the domestic market as the mainstay while letting domestic and foreign markets reinforce each other, as it contains high-level opening-up commitments by member countries for both trade and investment.

Designed to eliminate tariffs on as much as 90 percent of goods traded between its signatories over the next 20 years once it comes into effect, the RCEP agreement also has high-standard level of liberalization and facilitation for investment and trade in services.

The full implementation of the RCEP agreement will bring zero-tariff treatment to nearly 30 percent of Chinese exports. The agreement will also bring more opportunities for Chinese enterprises to invest in related economies, according to estimates by the Ministry of Commerce.

In 2020, China’s exports to RCEP members exceeded $700 billion, which accounted for 27 percent of the nation’s total exports.

China’s imports from the RCEP region were worth around $778 billion, or about 38 percent of China’s total imports.

Furthermore, the implementation of the RCEP agreement will also reshape the economic relations between China and Japan, thanks to the formation of direct free-trade relations between the two for the first time.

The implementation of the RCEP agreement will enable China and Japan to mutually benefit from lower tariffs on products like machinery, electronic information technology and chemical products.

ASEAN has initiated and led the efforts toward implementation of the free trade agreement, that too at a time when the going has been tough for international trade due to COVID-19-related challenges. But all Chinese enterprises will likely welcome the coming RCEP agreement implementation.

And so will Christmas and New Year revelers who might relish the prospect that prices of imported Japanese sake in China could fall quite a bit as tariffs will be cut by as much as 40 percent, thanks to the RCEP.

Cambodia to export milled rice under new quota to China