Why Cambodia Kampot pepper exports down 50% compared to last year? 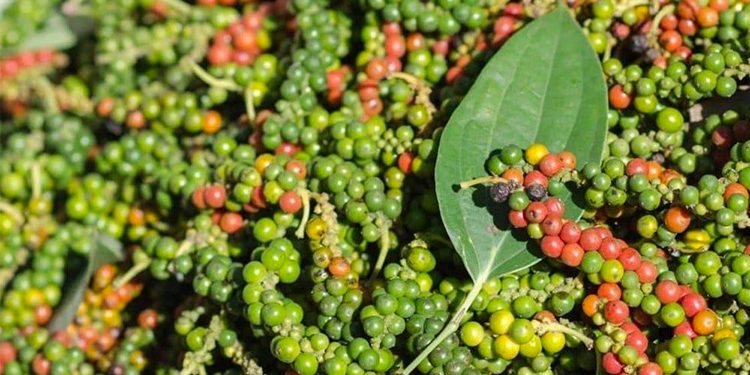 In the third quarter of 2022, Kampot pepper exports were only 57 tonnes, down 50 percent compared to the same period last year, which was more than 100 tonnes, according to the latest report of the Kampot Pepper Promotion Association (KPPA)

Nguon Lay, president of the Kampot Pepper Promotion Association, told Khmer Times that due to the Russian-Ukrainian war crisis and the appreciation of the US dollar, the export of Kampot pepper, a GI product, to the market.

Internationally this year has declined significantly. The Kampot pepper market this year has been tight, while the local market for tourists has not recovered.

Lay said the drop in exports was due to the effects of the war between Russia and Ukraine and the weakening of the euro, which had hurt exporters, causing them to delay buying from farmers.

“Our main markets go to Europe, the United States, Japan, South Korea, Hong Kong, Taiwan and the Czech Republic, which used to export a lot but are now stuck due to the Ukraine war, causing exports to fall further. This year, we also took 30 kilograms to Russia a few months ago, but now it is quiet. If we get another Russian market, it will be wider.”

According to the association, Kampot pepper production is estimated at 106 tonnes in 2022. But the pepper harvest is not 100 percent complete yet, so the company can order and export later. The price remains the same: black pepper at $ 15 per kilogram, red pepper at $25 per kilogram and white pepper at $28 per kilogram.

Lay went on to add, “The drop in exports had severely affected smallholder farmers as they had to pay for labour and cultivation maintenance, which is why some farmers have decided to sell pepper at lower prices under the market without using the name Kampot pepper. Meanwhile, large companies growing large tracts also suffered losses.”

Currently, there are 377 members of Kampot Pepper Promotion Association and 30 members of companies.