What has the Russia-Ukraine sitch got to do with Singapore? Quite a lot leh 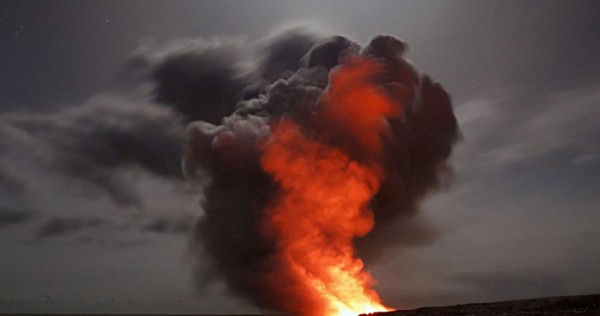 As Ukraine’s army attempts to stand off a full-scale Russian invasion, why should we on our Little Red Dot care about a sitch 8,000km away? After all, when neighbours in the next block bicker loudly, we just turn the volume up on our Netflix, right?

The truth is, Russia and Ukraine aren’t annoying neighbours you can simply close the curtains on, and their conflict is one that – like the shockwaves of a volcanic eruption on a nearby Indonesian island – Singapore could feel the reverberations of.

Here are some reasons why we ought to take notice, and, frankly, give a damn:

1. We can only depend on ourselves for our defence

ICYMI: On Wednesday (Feb 23, 2022), while addressing an emergency meeting of the UN Security Council on Ukraine to condemn Russia’s actions toward the country, United Nation Secretary-General Antonio Guterres’ plea to “give peace a chance” was interrupted by Russian’s invasion of Ukraine. How kiam pah is that?!

Which shows that when the s*** hits the fan, we can’t depend on others for our defence – it might be too late, war over liao! Singapore relies on the strength of our Singapore Armed Forces to defend our island nation, our air space, and our sea lines of communication (principal maritime routes between naval ports which serve as the arteries of a region’s economy, and are used for trade, military and other purposes).

2. We are a relatively small nation, we start out disadvantaged

In most (if not all) hostile scenarios, we’ll be punching above our weight. The fact is, as a small nation, we start vulnerable and comparatively disadvantaged, so, really, the last thing we should be is hao lian. (Although, ahem, we have broken bizarre world records a few times.)

3. We must kawan-kawan with other countries; it is also key to our defence

If nothing else, the Ukraine conflict throws an even greater spotlight on the importance of diplomatic relations with other countries, especially other small states:

How it helps to shape what others think of us as a small but an international law-abiding nation;
How it creates an opportunity for military training partnerships with countries such as France, Germany and Australia;
How it gives our SAF access to defence technologies developed by other countries.

This would also help to facilitate the rules-based international system – in which all the countries basically guai-guai follow a set of rules that encourage peaceful and cooperative behaviour among nations – especially since small states like Singapore don’t really matter in the international system.

At a UN General Assembly in 2019, Prime Minister Lee Hsien Loong addressed this point, saying: “Unlike larger and more powerful countries, small states do not set the agenda or decide the trends. If Singapore disappears tomorrow, the world will probably continue on just fine.”

On a lighter, more floral note – did you know Singapore has something called Orchid Diplomacy, which, according to National Parks, “serves as a gesture of friendship to promote goodwill between Singapore and other countries” and “plays an important role in building bilateral ties as it is an exclusive gesture accorded to dignitaries such as Heads of State or Heads of Government”. Check out all these orchids named after VIPs.

4. “When elephants fight, the grass suffers.”

Defence Minister Ng Eng Hen alluded to this African proverb in his speech at the 13th Munich Young Leaders Roundtable On Charting a More Equitable Post-Pandemic Future on Feb 19, 2022. Indeed, conflicts like the Russia-Ukraine sitch impact many backyards and has adverse effects on things like the economy, global supply chains, and stock prices. And we should beware, for the “grass” – which Singapore is a part of – is in danger of being trampled on.

5. It emphasises the importance of Total Defence

Our nation just celebrated Total Defence Day on Feb 15 (the day Singapore fell to the Japanese in 1942). Many shrug it off, others don’t even know or care that it exists.

As Minister for Culture, Community and Youth and Second Minister for Law Edwin Tong said in his address during the Total Defence Day Commemoration Event: “Total Defence is more than defending our country against armed conflict from external aggressors and provocations.

It is also about our people coming together, with a shared spirit, to contribute to the common good, persevering through our challenges, our trials and our threats, and recognising that military might and superior firepower is not our only threat.”

That includes being vigilant online, being discerning about the consumption of media and information (see point 5), teaching our kids about the importance of total defence, and continuing to have the “Singapore United” spirit.

6. It emphasises the need to be (even more) aware of fake news

According to a report by The Associated Press, users on TikTok have been bombarded by propaganda and fake videos of the Ukranian invasion.

The result: Confusion among millions about the reality of what’s happening on the ground. Some videos of military attacks are years-old, while others are deceptively edited. One clip is even taken from a video game and used out of context. Like, wth?

John Silva, a senior director of the News Literacy Project, a nonprofit that works to fight misinformation through education, said in the report: “If we see a piece of information that’s new to us, we have this compulsion to share it with others.”

It’s human nature, isn’t it? To just share, and move on, and simply go “oops” if it’s wrong info. But hallo, the damage would have been done already. The Covid pandemic already taught us about the ill effects of an infodemic. So, as citizens and front-liners in digital defence, we should be constantly on guard.