What happens when South Korea’s K-pop meets the Communist Party of China? 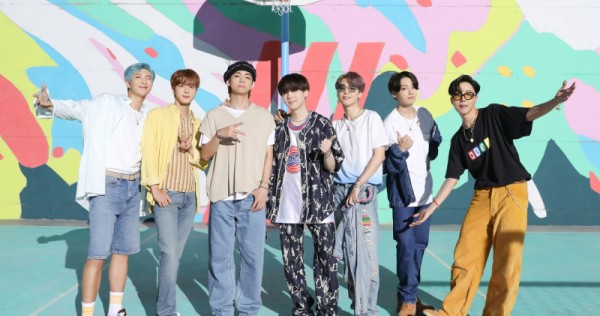 Areum Jeong says she enjoys teaching in China, especially when she has the opportunity to discuss typically taboo subjects through her university courses on South Korea’s modern culture.

That includes K-pop, the boy bands and girl groups that have dominated the Asian music scene since the early 2000s.

Jeong, 37, an assistant professor at Sichuan University-Pittsburgh Institute in southwestern China, said her students had been fascinated by a wide range of risqué topics, such as the #MeToo movement and homosexuality in K-pop bands .

But Jeong, who has a PhD in theatre and performance studies from the University of California, Los Angeles, said she had also bumped up against censorship in the classroom. Most recently it involved K-pop.

In early October, Chinese social media attacked rapper RM from the K-pop band BTS for speaking of a “history of pain” between South Korea and the US in a reference to the 1950-53 Korean war. The group was accepting an award from a US organisation for their contribution to South Korea-US relations.

Chinese state media outlets, including the tabloid Global Times, were swift to criticise the group, calling their attitude “one-sided”.

The Chinese Communist Party’s narrative on the Korean war says it was the result of American imperialism, ignoring the invasion by North Korea that triggered intervention by the US and the United Nations. This version is taught in history textbooks in high schools across the country.

During the war, China sent troops into the conflict resulting in hundreds of thousands of casualties.

While the Korean war ended in a stalemate 67 years ago, Jeong found the controversy generated in China by the BTS comment upended her teaching plans last month.

She had been expected to give a lecture about K-pop’s soft power at the university’s business school until a course coordinator told her to omit any mention of the BTS band, she said in an interview.

“I was offended that an academic institution was trying to censor a talk, especially because it’s based on nonsense spewed by nationalists,” said Jeong, who refused to give the lecture in the end. “I don’t self-censor.”

In 2003, China became South Korea’s biggest trading partner and as business boomed thousands of Koreans moved to the neighbouring country.

In a 2010 census, the most recent available, South Koreans were the largest group of foreigners in China at 121,000, followed by Americans with 71,000.

However, K-pop concerts are still banned in mainland China as a remnant of the THAAD dispute, according to the Korean entertainment official in Beijing who declined to be identified because of concern about damage to his business.

The election that brought Moon to power in Seoul also had other ramifications for South Koreans living in China. Moon was swept into office on the back of what became known as the candlelight revolution, when millions of citizens took to the streets to call for the impeachment of then president Park Geun-hye on allegations of corruption.

According to South Korean students in China at the time, the candlelight revolution stirred discussions about organising protests in support of the Seoul marches on campuses in China.

About two dozen South Korean students at Peking University met to discuss the plan in the winter of 2016, according to one of the students who attended the meeting.

Protests against the government are normal in South Korea, which went through several decades of authoritarian rule and bloody civil unrest before establishing itself as a full democracy in the 1980s.

Nevertheless, it is unlikely that political sensitivities will dissuade South Koreans from moving to China, whether for study or business.

Han Seong, a recent graduate from Peking University who was not involved in the 2016 meeting, said that as South Korea’s largest trading partner, China would remain an attractive destination for South Koreans, especially students who failed to gain admission to prestigious universities in Seoul.

But he said he might look elsewhere for a job.

“Because of THAAD, many big Korean companies are more interested in Vietnam now, so that is also an option for me.”