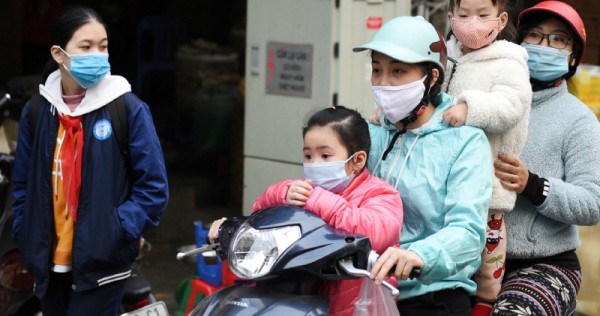 HANOI – More than 17 million Vietnamese students were due to return to school on Monday (Feb 7) for the first time in about a year, the health ministry said, as authorities announced plans to start vaccinating children from as young as five against Covid-19.

The Southeast Asian country lifted many of its coronavirus curbs in October, but almost all students had been confined to taking online classes since early last year.

Most schools in the country are due to reopen by the middle of February, the health ministry said in a statement.

In a separate statement at the weekend, the government said it intended to buy 21.9 million doses of the Pfizer-BioNTech vaccine for children aged between five and 12.

More than 75 per cent of Vietnam’s 98 million people have received at least two vaccine shots and authorities aim to administer a booster shot to all of the adult population by the end of March.

Schools in the capital Hanoi will start reopening from Tuesday, with precautions such as temperature checks and protocols in place in case positive cases are detected, authorities said.

Vietnam managed to contain the coronavirus for most of 2020 before the Delta variant drove up infections last year.

The ministry of health said the country reported 14,112 new cases on Sunday. Overall, Vietnam has reported 2.34 million Covid-19 infections and more than 38,300 deaths.