Vietnam is the highest purchaser of pepper from Cambodia 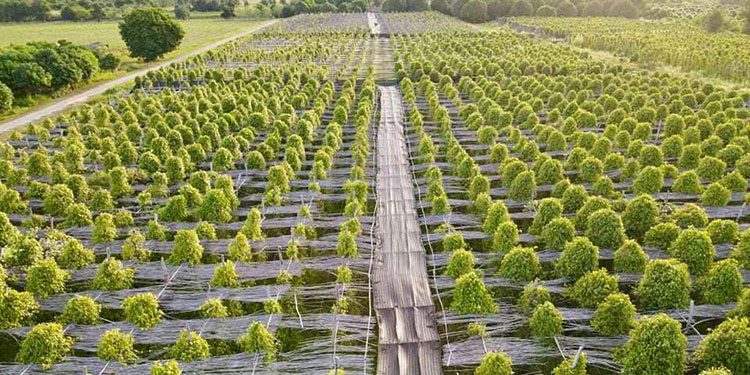 Vietnam is the highest purchaser of pepper from Cambodia, accounting to more than 97% of the total pepper export in the first 10 months of this year.

This was disclosed in a recent report by the Ministry of Agriculture, Forestry and Fisheries.

Cambodian farmers have grown pepper in many areas, including in Kampong Cham, Thbong Khmum, Kampot and Kep provinces.

Kampot pepper is the most well-known that fetches a high price as it was granted the geographical indication (GI) from the EU in 2016 and from the World Trade Organisation (WTO) in 2010.

Kampot pepper has also been registered for international protection in 32 countries under the Geneva Act of the Lisbon Agreement on Appellations of Origin and Geographical Indications.