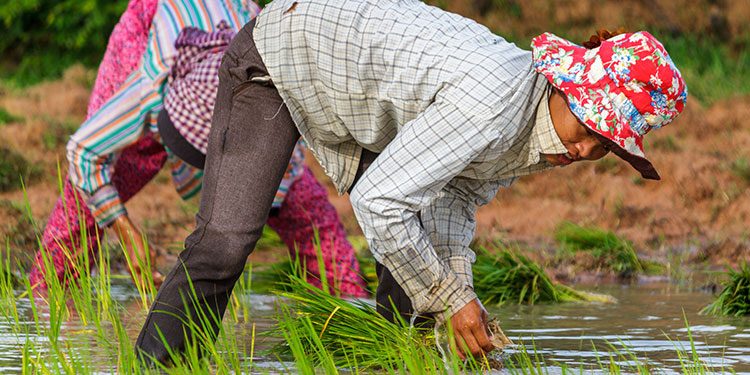 It bought 96-99 percent of Cambodia’s cashew, pepper and mung bean exports, according to a report by Cambodia’s Ministry of Agriculture, Forestry and Fisheries.

Exports of Cambodia cashew to Vietnam grew 4.6 times from 2020, and that of pepper and mung bean surged four times.

Other produce that Vietnam bought in large amount from its neighbor were rice, grapefruit, bananas and mangoes.

Vietnamese companies had also harvested $200 million worth of latex in the first 11 months last year, he added.

“Rubber farming has created jobs for around 33,000 locals. Vietnamese companies also contributed to over 50 precent of Cambodia’s banana exports, creating jobs for around 14,000 workers.”

Insiders say the surge in Cambodia’s exports of agriculture produce to Vietnam came as many Vietnamese companies have invested into Cambodian farming.

“The yield is then exported back to Vietnam.”

In the first 11 months last year, trade value between Vietnam and Cambodia rose 84 percent year-on-year to $8.6 billion, according to Vietnam Customs.