Video of rare toadfish in Krabi piques interest of netizens 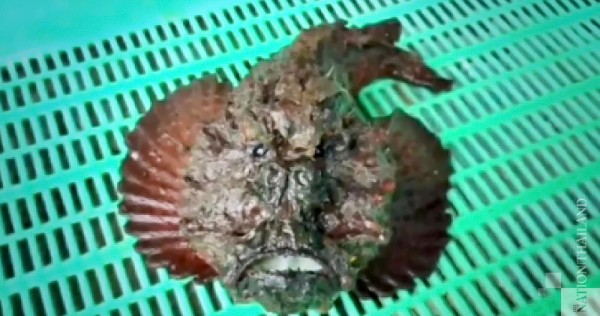 A video clip of a freshwater toadfish found in Krabi province went viral among netizens on Friday (Nov 20).

“Villagers said it was a toadfish that was rarely found,” he said.

Dr Thon Thamrongnawasawa, a lecturer at Kasetsart University’s Faculty of Fisheries, said there were over 80 toadfish species worldwide, adding that sometimes it screams to draw the female’s attention.

“Villagers in some areas eat toadfish and it is not commonly sold in the market,” he said.

He added that toadfish are commonly found in Thailand’s rivers, especially in Songkhla Lake.

“However, this rock-shaped fish has a mild poison on its dorsal and pectoral spines,” he added.