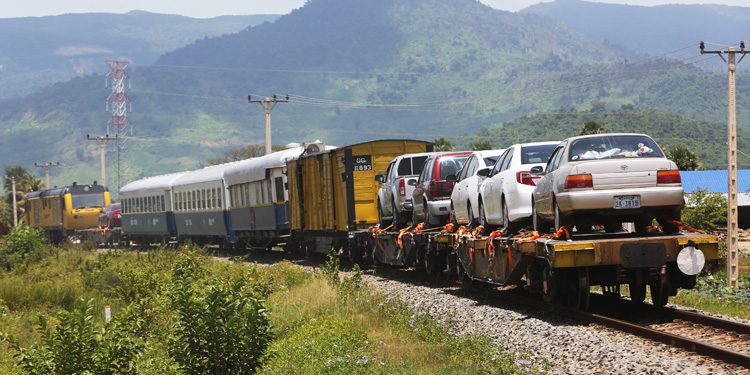 The US Defense Department has listed a potentially major Cambodian railroad infrastructure partner, China Railway Construction Corp (CRCC), as an entity “owned or controlled” by the People’s Liberation Army.

The company’s name was published along with 19 other Chinese investment firms to inform the US Congressional committees and warn potential clients and investors in the companies that the US government regards them as a security risk.

While there are no immediate consequences for any of the listed firms, mandated by a 1999 US defence policy law, the legislation allows the president to impose financial sanctions against the companies.

During the meeting, Wang announced that the company will be carrying out additional studies, on a monorail and a subway project to improve public transportation in the capital, according to a statement from the Cambodian Ministry of Transport.

“CRCC is visiting Cambodia to conduct a study on improving the existing railway system,” the ministry said. “CRCC’s delegation will also be conducting studies on a monorail and a subway project in Phnom Penh which will help the Cambodian government decide the best course of action to take to reduce traffic congestion in the capital.”

In addition to railroads, China Railway Urban Construction Group Co Ltd (CRUCG), which is a wholly-owned subsidy of CRCC has been hired as the main contractor of the high profile project, The Peak, located in downtown Phnom Penh, according to the developer Oxley Gem.

Khmer Times requested comment from the US embassy in Cambodia with regards to the listing and was told to that it did not have a specific statement for Cambodia but referred to the recent Pentagon statement. The statement released by the Pentagon dated June 24, said it [the Pentagon] was providing a list of “Communist Chinese military companies operating in the United States”.

“As the People’s Republic of China attempts to blur the lines between civil and military sectors, ‘knowing your supplier’ is critical,” Hoffman said. “We envision this list will be a useful tool for the US government, companies, investors, academic institutions and like-minded partners to conduct due diligence with regard to partnerships with these entities, particularly as the list grows.”

CRCC nor the CRUCG have responded to the listings.

Travel between Cambodia and Malaysia may resume with fewer restrictions