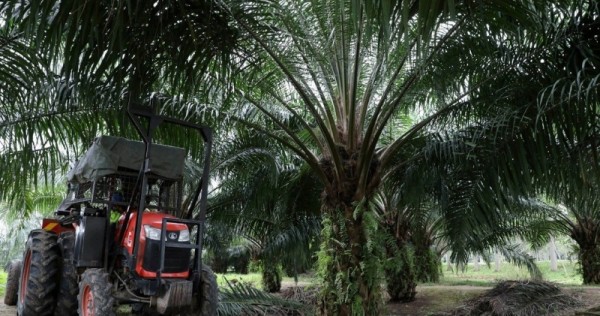 The US government widened its ban on Malaysian palm oil imports on Wednesday over allegations that one of the country’s top producers uses forced labour.

Under a new withhold release order (WRO), US Customs and Border Protection (CBP) will be required to detain any palm oil arriving in the US from Malaysia’s Sime Darby Plantation Berhad, a major supplier of the product.

It is the third WRO issued this year related to suspected forced labour in Malaysia, and the second targeting the country’s massive palm oil industry. Malaysia’s FGV Holdings Berhad was the subject of a separate WRO issued at the end of September.

Sime Darby Plantation could not immediately be reached for comment during overnight hours in Malaysia.

But after reports emerged in October that the Commerce Department had its eye on Sime Darby Plantation for possible sanctions, the company said at the time that it was in a “position of leadership in driving the principles of sustainable development across our operations”.

The International Labor Organisation (ILO) uses 11 “indicators” of forced labour when monitoring supply chains around the world, including restriction of movement, withholding of wages, physical and sexual violence, and abusive working and living conditions.

According to the Commerce Department, information coming out of Malaysia’s Sime Darby Plantation “reasonably indicates” the presence of all 11 of the ILO’s indicators there.

“This Withhold Release Order demonstrates how essential it is for Americans to research the origins of the everyday products that they purchase,” said Mark Morgan, CBP acting commissioner, in a statement. “American consumers can help end modern slavery by choosing to buy products they know are ethically and humanely sourced.”

Palm oil is used as an ingredient in many processed foods, along with cosmetics, pharmaceuticals and biodiesel fuel.

According to the US Department of Agriculture (USDA), Indonesia and Malaysia are by far the world’s two largest producers and exporters of the product.

Indonesia and Malaysia are the top two sources of palm oil imported in the US as well, according to US customs data. Through October this year, the US has imported more than US$750 million (S$992 million) worth of palm oil from the two countries.

But the industry is reportedly rife with allegations of forced labour, including child labour.

A report this week from the Associated Press linked suspected child labour in Malaysia and Indonesia’s palm oil industries to America’s popular Girl Scout cookies, though Sime Darby was not mentioned in the article.

$400m investment inked for another hydro project in Cambodia