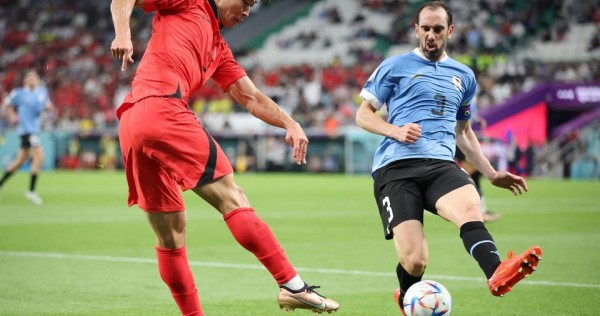 AL RAYYAN, Qatar – Uruguay defender Diego Godin and midfielder Federico Valverde both hit the woodwork as the South Americans were held to a 0-0 draw by South Korea in their opening World Cup Group H game on Thursday (Nov 24).

Wearing a black mask to protect a facial fracture, Son Heung-min started for the South Koreans, yet it was team mate Hwang Ui-jo who came closest to breaking the deadlock, but he scooped his shot over the bar with the goal at his mercy.

The best chance of a pulsating first half fell to Uruguay captain Godin, whose glancing header from a corner hit the foot of the left-hand post just before the break.

Valverde fired a stinging shot in the final minute of regulation time that hit the top of the post as the two sides battled to a stalemate in front of a crowd of 41,663, with group rivals Portugal set to meet Ghana later in the evening.