Upcoming decision on Japan coronavirus measures derided as ‘too little, too late’ 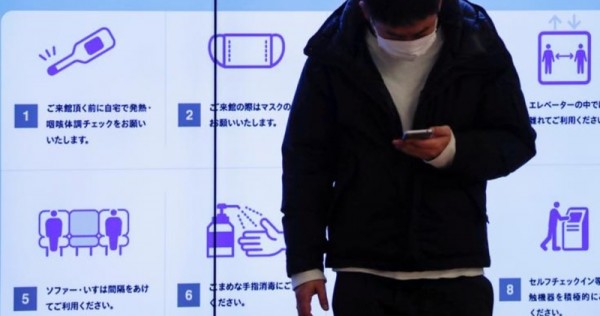 TOKYO – A Japanese government decision on a state of emergency in and around Tokyo will be made this week, a top official said on Tuesday (Jan 5) – a move derided by citizens as too little, too late, especially in a nation set to host the Olympics.

Chief Cabinet secretary Katsunobu Kato told a news conference the government is working toward a decision on Thursday (Dec 31). Media reported on Monday preparations were being made for a state of emergency that would take effect by Friday (Jan 1) and last about a month to curb a surge in coronavirus cases.

New cases in Tokyo surged to around 1,200 on Tuesday, NHK public broadcaster said, the second highest daily total since the pandemic began.

Tokyo and the three surrounding prefectures, which have requested an emergency declaration, asked residents to refrain from non-essential, non-urgent outings after 8pm from Friday until at least the end of the month, and said restaurants must close by that time.

But the measures are likely to be far less sweeping than they were during a roughly month-long state of emergency last year as the government seeks to keep economic damage to a minimum.

Senior ruling party lawmaker Hiroshige Seko said later on Tuesday the government should declare the state of emergency for a month and later extend it if needed.

Prime Minister Yoshihide Suga said on Monday (Jan 4) that “limited, concentrated measures” would be most effective, but details remained unclear, including whether sports venues, theatres and cinemas would close.

Frustration reigned on social media, with many questioning the piecemeal measures, especially as the country is still planning to host the Olympics, postponed but set to open in under 200 days.

“Do you really think you can extinguish a fire by leaving it until it’s big and then just splashing it with water from a bucket?” wrote user Kei Koike.

Mr Suga’s initial political honeymoon after taking his post last September has ended, his support rating battered by criticism of his response to the virus and his attending a group steak dinner in defiance of his own calls for caution.

He has also drawn criticism for his initial reluctance to pause a travel subsidy programme.

Since the start of the pandemic, Japan has recorded more than 245,000 cases and about 3,600 deaths – figures that pale compared with those overseas. But the numbers have been climbing rapidly.

Though Mr Suga has pledged to have enough vaccine supply for the nation’s population of 126 million, Japan has yet to approve any for use and aims to begin inoculations by the end of February.

Japan has arranged to buy 120 million doses, or enough to inoculate 60 million people. But when those shots will be available remains unclear, as Pfizer has encountered production and roll-out snags in other parts of the world where its vaccine has already been approved for use.