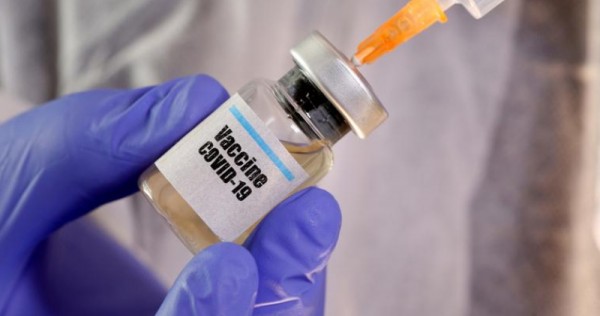 Unsatisfactory results from trials of Australia’s Covid-19 vaccine have forced the country to opt for buying vaccines from abroad.

The University of Queensland, or UQ, and global biotech company CSL confirmed on Friday that they had abandoned trials of an Australian Covid-19 vaccine after recipients generated HIV antibodies during phase one tests.

The development came as a blow to dozens of the country’s leading scientists who have been working on the project for most of the year.

“This is a reminder of the stark reality of vaccine development,” said Sanjaya Senanayake, a specialist in infectious diseases and associate professor of medicine at the Australian National University in Canberra.

“While it is disappointing, it is not surprising that one of the many Covid-19 vaccines has failed,” he said, pointing out that around 90 percent of vaccines never make it to market.

“As a global community, we have been spoiled with the unprecedented swiftness and success with which the development of Covid-19 vaccines has taken place.”

The decision to abandon the vaccine in its current form was decided in consultation with the Australian government and CSL on Dec 7.

The Australian government has since bought rights to 20 million additional vaccine doses from a partnership between Oxford University and drugmaker AstraZeneca and an additional 11 million doses from Novavax, according to the ABC.

During a media briefing on Friday, scientists said that at no time during the trial was there any possibility the vaccine caused HIV infection, and routine follow-up tests confirmed no HIV was present.

Brendan Murphy, secretary of Australia’s Department of Health, said: “It was likely to work. But we knew that we didn’t want to have any issues with confidence, and this false-positive test may have caused some confusion and lack of confidence.”

UQ-CSL researchers stressed there were no adverse health implications and no possibility that the candidate vaccine would cause HIV.

In a statement to the Australian Stock Exchange, CSL said that if the vaccine is to be released, it would require “significant changes” to HIV testing procedures.

Sarah Palmer, co-director of the Centre for Virus Research at The Westmead Institute for Medical Research and professor in the faculty of medicine at the University of Sydney, said the announcement was a setback in the search for a Covid-19 vaccine.

“Generating a false positive for HIV is entirely unexpected for this vaccine but underscores the critical necessity of testing the safety of newly developed vaccines in large numbers of volunteers,” Palmer said.

Senanayake said the problem was that the innovative molecular clamp technology of the UQ vaccine had needed a protein from HIV.

“There was never any risk of participants in the trial getting HIV－think of it as using a body part rather than a whole person－but it did mean that some participants were testing positive to HIV even though they didn’t have HIV,” he said.

“This could have led to confusion and anxiety as people tested positive to HIV without actually having the infection.”