‘Unreasonable’: Japanese girl removed from class for plucking her eyebrows 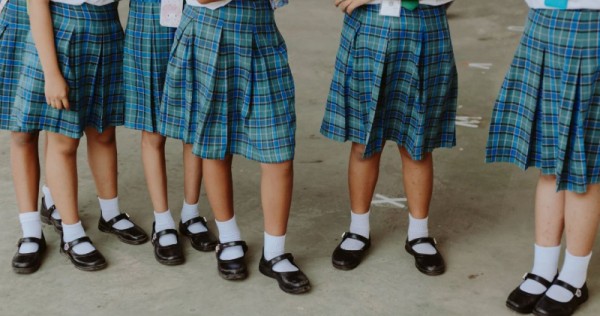 Teachers at a school in southern Japan are being mocked and condemned after a 14-year-old girl was punished for plucking her eyebrows.

The student at a junior high school in the town of Kurume, in Fukuoka Prefecture, was snared when teachers carried out a spot check to determine if pupils were in compliance with the school’s rules on dyed hair and make-up, the Abema Times news site reported.

And while the teachers confirmed her hair was its natural black colour and she was not wearing any make-up, she was ordered to study entirely on her own for three days after concluding she had trimmed her eyebrows – which goes against school policy. The teen was also required to write a self-criticism.

The girl was punished in April but the case only came to light when it was recently brought to the attention of the local education authority.

Miki Hata, the director of the town’s board of education, told the news site, “I think the school is concerned that eyebrows and hairstyles are a distraction to children in their developing years and could contribute to them neglecting their essential studies.”

City councilwoman Mutsumi Kaneko disagreed, asking, “What is wrong with someone trimming their eyebrows? And then she was told she could not go into the classroom and had to study by herself? Will her eyebrows stop growing if she is in a separate room? The school’s rules are completely unreasonable.”

Social media and the internet have also raised their collective eyebrows over the story, with most online users supporting the teen.

There was similar scorn for the school on the Japan Today website, with one post stating, “Stupidity abounds in the education system. How about actually being educators rather than eyebrow inspectors?”

Another suggested the girl should sue the board of education for “harassment, infringement of human rights and freedom of expression”.

Japanese schools have long been notorious for strict rules, in some cases students were subject to the indignity of a daily check of their underwear to ensure it was the regulation colour. Students elsewhere reported their schools expressly outlawed dyed hair, but also ordered them to colour their hair jet black if it was naturally a lighter shade.

In recent years, however, there has been a backlash against regulations that many consider to be petty and restrictive, leading to many schools gradually relaxing some rules.

Critics say schools that still cling to outdated requirements are a throwback to a conservative past and completely ignore the fact that society has evolved.

Japan’s teaching unions are opposed to the overzealous application of rules that are not necessary for a child’s education, with Tamaki Terazawa, a spokeswoman for the National Teachers’ Federation, saying they are a hangover from the Meiji Era, the 44-year period of Japan’s rapid modernisation up until July 1912.

“Elements of the education system that we have today date back to that time and were based on a military system, with children required to wear a uniform, all have the same school bags and identical colour and style of hair,” she said.

“That was more than 100 years ago and we believe that it is very much time the rules were changed and that children are allowed to be themselves.”

Iran supreme leader lauds Putin for starting Ukraine war and says if he hadn’t, “dangerous” NATO would have