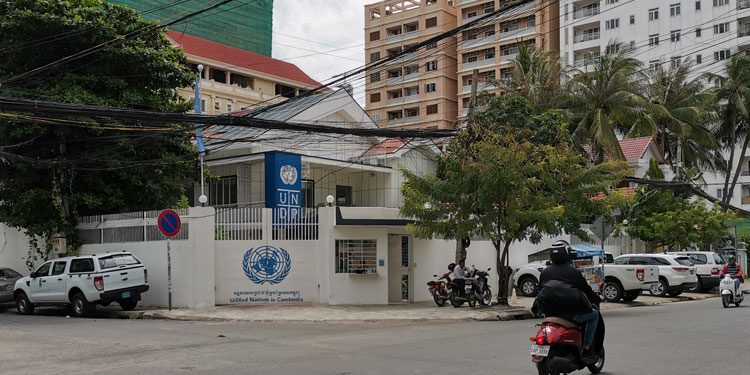 The United Nations Development Programme (UNDP) in Cambodia has renewed calls for the Cambodian government to issue sovereign bonds in riels to underpin the government’s effort on de-dollarisation and protect the economy against external shocks.

According to a UNDP opinion piece published this week, the issuance of riel bonds would not only ease borrowing constraints faced by the government, but would also facilitate the development of Cambodia’s private-sector capital market.

Additionally, the government-backed bonds would offer a debt instrument with a low-risk rate, creating a foundation for a long-term monetary policy.

“This local-currency bond would underpin the government’s effort on de-dollarisation and protect the economy against external shocks by reducing reliance on foreign currencies and other risks associated with currency-exchange-rate fluctuation. It would also empower the National Bank of Cambodia to take more control of monetary policy. This measure would allow for the expansion of new sources of public finance that could be used to achieve the Cambodian Sustainable Development Goals (CSDG),” the oponion piece added.

In response, potential investors outlined their potential interest in the long-term debt instrument with the proviso that the government would need to set fair market rates for the bonds.

“In terms of fair market value for sovereign bonds on the local Cambodian market, Prudential Group is continuously investing in bonds on international capital markets, also in lower-rated bonds, so this would be a reference for us,” he said.

“But as of right now, it is too early to say what our position would be because it would also depend on the tenets. But we are certainly interested to get closely involved,” he added.

Alex Lee (Foo Yeun Alex Lee), CEO of Forte Life, noted: “Forte Life would likely be interested in KHR-denominated government bonds should we launch KHR-based life insurance products in the future. At present, our customers purchase their policies in USD and therefore their policies/payments are denominated in USD. Using policyholders’ money (USD) towards KHR-denominated bonds would mean that we would face currency mismatch risk. Therefore, our demand for KHR denominated g-bonds would be dictated by our customers’ demand for KHR. Insurance companies such as Forte require the majority of investment portfolios to be relatively risk-free and long-term. As such, we are keen to purchase long-dated government bonds provided that they meet key investment criteria.”

There are currently six corporate bonds listed on the Cambodia Securities Exchange, issued in both local and foreign currencies (USD).  Those bonds have raised a combined total of $143 million to date.

According to the Cambodia Public Debt Statistical Bulletin, between 1993 and June 30 of 2020, the Cambodian government signed concessional loan agreements amounting to $13.08 billion. Sovereign bonds could be an important component in maintaining the Kingdom’s borrowing capacity as it moves from less-developed country status and away from entering into concessional loan agreements.

2 critically injured after shooting at rally site in Thailand