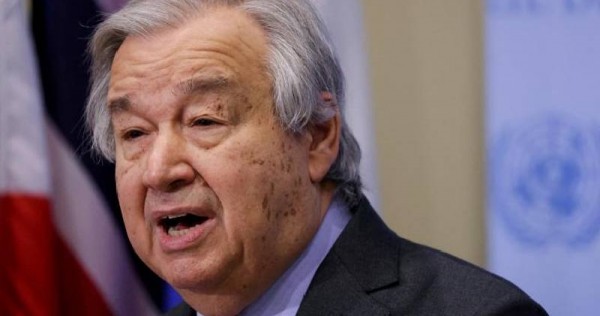 UN spokesman Stephane Dujarric said separate letters were handed to the permanent missions of Russia and Ukraine on Tuesday (April 19) afternoon asking Putin to receive Guterres in Moscow and Zelenskiy to receive him in Kyiv.

“The Secretary-General said, at this time of great peril and consequence, he would like to discuss urgent steps to bring about peace in Ukraine and the future of multilateralism based on the Charter of the United Nations and international law,” Dujarric said in a statement.

Guterres on Tuesday called for a four-day Orthodox Easter humanitarian pause in fighting in Ukraine to allow for the safe passage of civilians to leave areas of conflict and the delivery of humanitarian aid to hard-hit areas.

Moscow’s invasion of Ukraine, the biggest attack on a European state since 1945, has killed or wounded thousands. More than 12 million people need humanitarian assistance in the country today, Guterres has said.

Since starting what it calls a special operation to demilitarise Ukraine, Russia has bombed cities to rubble and hundreds of civilian bodies have been found in towns after its forces withdrew. It denies targeting civilians and says, without evidence, that signs of atrocities were staged.

US President Joe Biden said on Tuesday that he does not know if he will travel to Kyiv after Ukraine’s wartime leader called on him to visit.