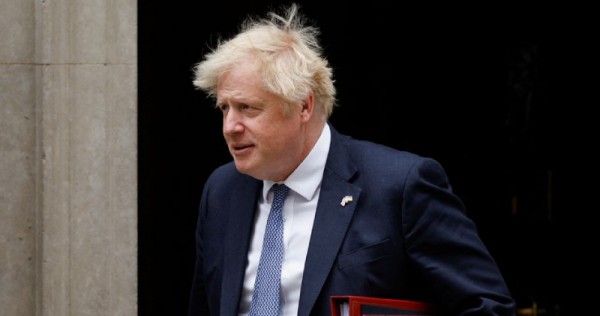 LONDON — British Prime Minister Boris Johnson is facing the growing threat of a confidence vote as two more lawmakers suggested they had lost faith in his government over the “partygate” scandal and a former party leader said he could be challenged next week.

Compounding the pressure, Johnson’s ethics adviser said the prime minister may have broken the ministerial code when he was fined by the police over a birthday party in June 2020 when indoor socialising was banned. Ministers who breach the code are normally expected to resign.

John Stevenson, a Conservative member of parliament, said he has been “deeply disappointed” by the rule-breaking parties during the Covid-19 national lockdowns and called for the prime minister to put himself forward for a vote of confidence as a way to “draw the line” under the issues.

“Sadly, the prime minister appears unwilling to bring matters to a head,” Stevenson said in a statement. “Therefore, the only option is for the Conservative MPs to facilitate a vote of confidence. I have already taken the appropriate action.”

A damning official report published last week detailed a series of illegal parties at Johnson’s Downing Street office during Covid-19 lockdowns, prompting a new wave of calls for the Conservative prime minister to step aside.

More than 25 Conservative lawmakers have called on Johnson to resign, while at least a further six have criticised his conduct but stopped short of saying he should resign.

Should Johnson lose a confidence vote, he would be removed as prime minister and there would be a leadership contest to decide his replacement.

William Hague, who led the Conservative Party from 1997 to 2001, said Johnson is likely to face a vote of confidence by the end of June and could face one as early as next week when members of parliament return from recess.

Hague said the report by a senior civil servant into the illegal parties represented a kind of “slow fuse explosion” and with more Conservative lawmakers publicly criticising Johnson “the fuse is getting closer to the dynamite”.

“Johnson is in real trouble here,” he told Times Radio. The party is “moving towards, either next week or around the end of June, they are moving towards having a ballot.”

Christopher Geidt, the prime minister’s independent adviser on ministers’ interests, said there was a “legitimate question” about whether Johnson broke the ministerial code when he was fined last month. But Johnson responded by saying he did not breach the code because there was “no intent to break the law”.

Andrea Leadsom, a former Cabinet minister and prominent Brexiteer, accused Johnson of “unacceptable failings of leadership” and said it was “extremely unlikely that senior leaders were unaware of what was going on”.

Leadsom, the former business minister who twice ran to be Conservative Party leader, did not call for Johnson to resign but said individual lawmakers would need to decide how best to restore confidence in the government.

At least 54 Conservative members of parliament are required to formally request a confidence vote to the chairman of the party’s 1922 Committee for one to be triggered. The letters are confidential, so only the chairman of the committee knows how many have actually been submitted.

Science Minister George Freeman, asked on Sky News whether the prime minister would win a vote of no confidence next week, said: “I just don’t know.”

“I don’t know where backbench colleagues are,” he said.

Philippines complains of Chinese fishing ban and ‘harassment’ at sea