Ukrainian soldier on the battle that “changed the course of the war,” and what he fears Russia will do next 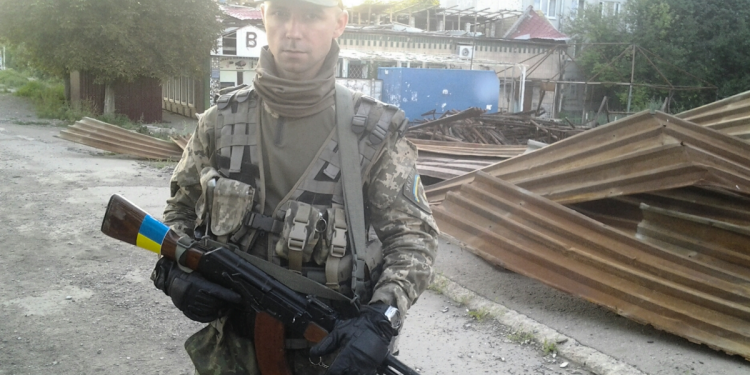 Kyiv — Ukraine‘s government has issued urgent warnings to its own people, telling residents of the eastern Donbas regions to get out amid expectations that Russia is preparing to shift the focus of its onslaught to the area. There are fears Russian troops could carry out massacres there like they’re alleged to have done in the suburbs of Kyiv.

Ukraine’s president and other officials have issued increasingly urgent calls for the U.S. and its NATO partners to provide more — and more advanced — weapons to help the country stop Russia’s brutal invasion.

Even before President Vladmir Putin ordered that invasion on February 24, Ukraine had been fighting Russian-backed separatists in Donbas for eight years, since his last invasion in 2014.

Senior Lieutenant “Starsky” — a military callsign, not his real name — was among the troops engaged in the simmering conflict in the east. He told CBS News correspondent Debora Patta that his passion was forged during the defiant days of the 2014 “Maidan” uprising, against Russian influence in Ukraine.

Starsky was injured during the protests, which inspired him to join his country’s national guard. He spent the following years on the frontlines in Donbas, fighting Russia’s proxy forces.

“We spent eight years of learning to fight specifically against Russians, so they made a big mistake,” he said of what came next. Starsky put his skills to good use when, on the first day of Putin’s new invasion, 35 Russian helicopters started attacking Hostomel airport on the northwest outskirts of Ukraine’s capital of Kyiv.

He told CBS News that as has he and his men opened fired on the incoming attack helicopters with their rifles, “at first I thought: ‘Stupid idea,’ because they’re armored!”

But Starsky and his unit of Ukrainian defenders mounted a fierce resistance. After a vicious three-day battle that laid waste to the facility’s runway, hangar and planes stored there, they scored an improbable victory: The Ukrainians wrested back full control of the airport.

“Later, we realized what we had done had changed the course of the war,” he told Patta.

By holding onto Hostomel airport, even if it meant destroying it, Starsky and his fellow soldiers denied Russia the ability to establish an air bridge from Russia into the Kyiv region. Had they failed, Putin’s military would have been able to fly in supplies, equipment and, crucially, more manpower. They may well have gone on to seize Kyiv itself.

“If they managed to land their cargo airplanes at Hostomel, we would have a full Russian brigade stationed just 10 kilometers [about 6 miles] away from Kyiv, and that would be a huge problem,” Starsky told Patta. “I think that invasion would look absolutely different.”

The defeat at Hostomel slowed the Russians down, but it did not stop them from seizing control of nearby Bucha and other towns, where they stand accused of executing hundreds of civilians.

Bucha residents have told CBS News and other news outlets that the Russian occupiers murdered people in cold blood during their time in control of the town, some of them with their hands bound, shot point-blank and then left on the street or thrown into shallow mass graves.

But Starsky is worried the war could get even dirtier. He told Patta Ukraine’s forces know Russian officers operating in Donbas have received antidotes to protect them against the effects of their own chemical weapons.

“We have information that chemical weapons will be used on the frontlines,” he told CBS News.

U.S. officials have for weeks warned that Russian claims — dismissed as nonsense by Washington — about supposed American work in Ukraine on biological and chemical weapons could be a preamble to Putin’s forces using banned substances themselves. President Biden called the Russian claims a “clear sign” that Putin was considering use of chemical weapons.

The Pentagon and its partners have also warned that Putin’s troops, after taking serious casualties and being forced to pull back from the Kyiv area, are regrouping, and preparing to stage a major offensive in Donbas. Russia has made it clear that it will shift the focus of what Putin calls his “special military operation” in Ukraine to the eastern part of the country.

But Starsky is standing firm. He said that while the biggest plane in the world — nicknamed “The Dream” — was destroyed in the battle to defend Hostomel, the Russians will not manage to kill Ukraine’s dream to hold onto its freedom.