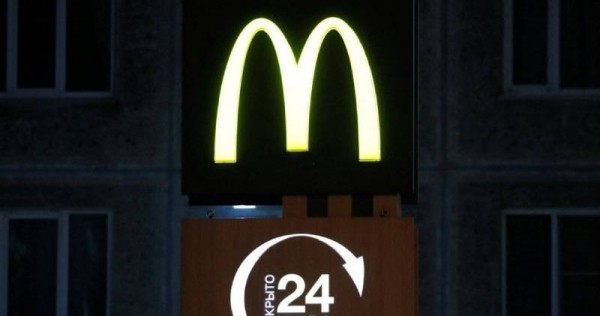 McDonald’s Corp and Starbucks Corp are temporarily closing hundreds of restaurants in Russia, with Coca-Cola and Pepsi among the latest Western companies to pause operations in the country after it moved troops into Ukraine.

PepsiCo, the soft-drink and snack maker, will suspend all advertising in Russia and stop the sale of its drinks brands, while rival Coca-Cola said it will suspend its business there.

Fast-food chain McDonald’s said it would go on paying salaries to its 62,000 employees in Russia.

The closure of McDonald’s 847 restaurants also carries symbolic importance in Russia, where the first location to open, in central Moscow’s Pushkin Square in 1990, became a symbol of flourishing American capitalism as the Soviet Union fell.

Coffee chain Starbucks also said on Tuesday (March 8) it is suspending all business activity in Russia, including shipment of its products and cafes run by a licensee.

Earlier, Shell stopped buying oil from Russia and said it would cut links to the country entirely while the United States stepped up its campaign to punish Moscow by banning Russian oil and energy imports.

The West’s moves to isolate Russia economically for attacking its neighbour have turbocharged global commodity and energy markets, sending prices soaring and threatening to derail the nascent recovery from the Covid-19 pandemic.

Britain too said it would ban imports of Russian oil but only by gradually phasing them out during 2022 to give businesses time to find alternative sources of supply.

The surge in metal prices since Russia attacked Ukraine is starting to hurt some players caught on the wrong side of the market, as well as end consumers such as carmakers.

The London Metal Exchange (LME) halted trade in nickel on Tuesday after prices of the metal, a key component in electric vehicle batteries, doubled to more than $100,000(S$136,000) a tonne.

Shell’s decision to abandon Russia comes days after it faced a hail of criticism for buying Russian oil – a transaction that two weeks ago would have been routine – underlining how Moscow’s pariah status is growing even in a market it used to dominate.

“We are acutely aware that our decision last week to purchase a cargo of Russian crude oil to be refined into products like petrol and diesel – despite being made with security of supplies at the forefront of our thinking – was not the right one, and we are sorry,” Chief Executive Ben van Beurden said.

Although no sanctions have yet forced such divestments, Shell and rivals BP and ExxonMobil have all announced plans to sell holdings in Russia and exit the country, leaving France’s TotalEnergies relatively isolated in hanging onto its investments there.

Dozens of companies have shut down activity in Russia since its invasion of Ukraine, which Moscow has termed a ‘special military operation’ aimed not at occupying territory but at destroying Ukraine’s military capabilities.

German sportswear maker Adidas, cosmetics firm Estee Lauder, and Calvin Klein and Tommy Hilfiger owner PVH Corp are among the latest brands to announce the suspension of activities there

Why do some Indonesians support Russia’s invasion of Ukraine?