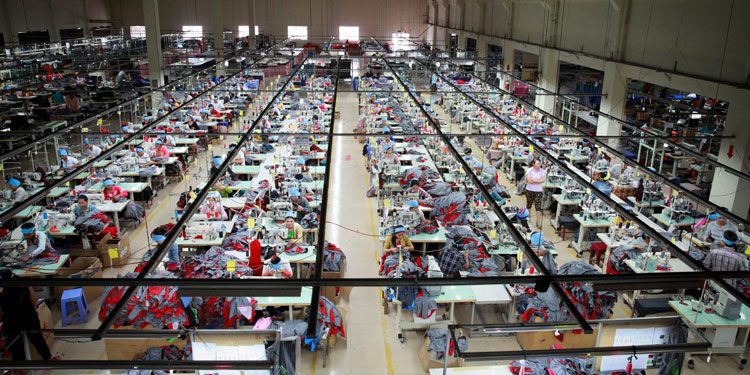 Garment Manufacturers Association in Cambodia (GMAC) yesterday announced that developing countries which are eligible, like Cambodia, will be able to get trade preference through the United Kingdom’s Generalised Scheme of Preferences (GSP) from January 1.

According to GMAC’s statement, the Brexit transition has established a new rule for the coming year, published by the UK’s Department of International Trade on November 10.

It said that the UK has left the European Union (EU), and the transition period after Brexit comes to an end this year.

The UK GSP will initially provide trade preference to the same countries as the EU GSP. The UK GSP will have three frameworks: least developed countries, general and enhanced.

“Cambodia, being classified by the United Nations, as a Least Developed Country, falls into the Least Development Countries framework. Cambodia will therefore be entitled to duty-free and quota-free access on exports to the UK of all goods, except arms and ammunition. This is equivalent to a complete EBA scheme under the EU GSP,” GMAC said.

It added that GMAC is still working with the Ministry of Commerce and the UK counterpart to clarify some of the changes in administrative procedure, if any, such as proof of origin and effective date of implementation (whether date of shipment or date of arrival). GMAC will further advise members, once it’s clarified.

The pledge was made during a meeting in September between Pan Sorasak, Minister of Commerce and Marc Thayre, deputy head of mission at the British Embassy.

Thayre has expressed optimism about the cooperation between the two countries, especially in the field of trade to promote economic growth which is affected by the COVID-19 pandemic.

The bilateral trade between Cambodia and the United Kingdom reached about $1.05 billion in 2019, of which Cambodia exported to the UK more than $978 million, mostly bicycles, garments and footwear, according to figures from the Ministry of Commerce.

The preferential treatment enjoyed by Cambodia under “Everything But Arms” (EBA) – the EU’s trade arrangement for 48 Least Developed Countries in the world including four from Asean (Cambodia, Laos, Myanmar and Vietnam) – is now temporarily suspended for Cambodia  after the EU concluded that it had not upheld its EBA requirements, because of “the serious and systematic violations of the human rights principles enshrined in the International Covenant on Civil and Political Rights”.

Cambodian Labour Confederation president Ath Thorn said yesterday that until now there are more than 130 garment and footwear factories shut down which affects 40,000 workers due to COVID-19.

“If the COVID pandemic continues, the garment sector will suffer and it will also affect the lives of workers who lose their jobs,” he said.

On Monday, the Ministry of Labour announced to employees who lost their job due to COVID-19 to apply for skills training for four months for free.