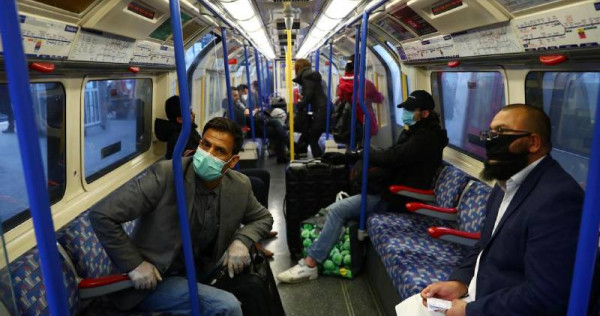 LONDON – A woman who worked at one of London’s busiest rail stations has died after having previously been spat at by a man who said he had the new coronavirus, her union said on Tuesday.

Belly Mujinga, 47, who worked in the ticket office at Victoria station and had an 11-year-old daughter, was on the concourse in March when a man assaulted her and a female colleague.

“The man coughed over them and told them he had the virus,” the Transport Salaried Staffs’ Association (TSSA) said in a statement.

Both women fell ill within a few days of the incident and Mujinga, who had underlying respiratory problems, was later taken to hospital and put on a ventilator.

She died on April 5, 14 days after the assault at Victoria.

“We are shocked and devastated at Belly’s death,” Manuel Cortes, TSSA General Secretary, said in a statement. “She is one of far too many front-line workers who have lost their lives to coronavirus.”

British Transport Police said they had launched an investigation into the incident.

‘This virus may never go away,’ WHO says