U.S. to send $100 million in Javelin anti-armor systems to Ukraine 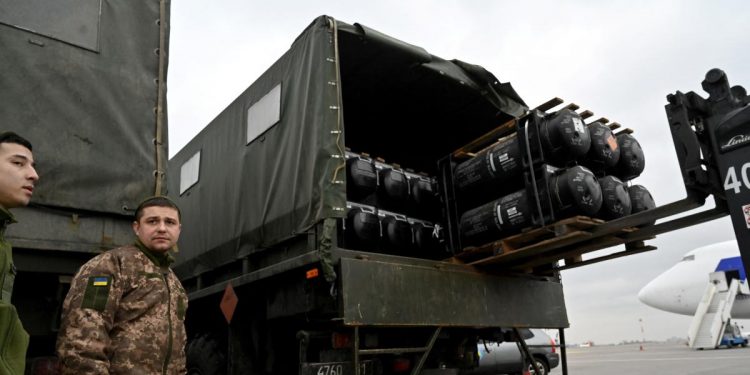 Washington — The United States will send an additional $100 million in security assistance to Ukraine for Javelin anti-armor systems as part of efforts to bolster the country’s defenses against Russia, the Biden administration announced Tuesday.

The latest transfer authorized by President Biden brings the total amount of military aid from the U.S. to Ukraine to more than $2.4 billion since Mr. Biden assumed office in January 2021 and more than $1.7 billion since Russia launched its invasion of Ukraine in late February.

Secretary of State Antony Blinken said in a statement announcing the $100 million for anti-armor systems that the U.S. and its allies are delivering security assistance to Ukraine daily and expediting shipments of arms and defense equipment.

“As we strengthen Ukraine’s position on the battlefield and at the negotiating table, we will also work with our allies and partners to gather information to document reported abuses and make it available to the appropriate bodies to hold those responsible to account,” Blinken said.

The additional military aid comes as the U.S., in coordination with European allies, is set to impose a new set of sanctions on Russia after reported atrocities around Ukraine’s capital city of Kyiv.

The new penalties to be announced Wednesday will include a ban on all new investment in Russia, increased sanctions on financial institutions and state-owned enterprises, and sanctions on Russian government officials and members of their families.

Mr. Biden said at the start of the week he would be seeking the additional sanctions after Ukrainian officials said they discovered the bodies of civilians in Bucha, a city outside of Kyiv, after Russian forces withdrew from the area. The reported atrocities prompted the president to again call Putin a “war criminal” and suggested he face a “wartime trial.”