‘The Washington Spring’ or just a blip? How Asia saw the chaos of Trump supporters storming US Capitol 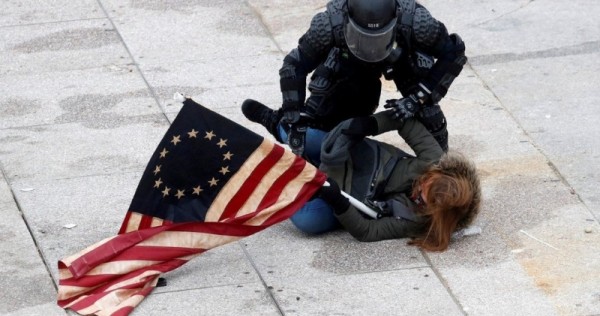 Incredulity, sadness and – in some quarters – just a hint of mocking contempt. These were the emotions as Asian commentators, media figures and politicians reacted to the news that supporters of President Donald Trump had stormed the US Capitol building in a bid to block the confirmation of President-elect Joe Biden’s election win.

Given the deterioration in US-China ties during the Trump presidency, it was perhaps inevitable that after hundreds of his supporters rampaged through the halls of Congress on Wednesday (Jan 6) in chaotic scenes that left four people dead, some of the most scathing words would come from China.

Among them was a potshot from the Communist Youth League, which called the protests a “beautiful sight to behold” in a reference to how the House of Representatives Speaker Nancy Pelosi had described anti-government demonstrations in Hong Kong in 2019.

Hu Xijin, editor-in-chief of the state run tabloid Global Times, took a similar swipe, saying that had such events been seen in a developing country American outlets might have labelled them the “Washington Spring”, in a reference to the Arab Spring demonstrations that swept the Middle East in 2010.

While the protests were “a disgrace to the American constitution”, June Park, a political scientist at George Washington University’s East Asia National Resource Center, said that perhaps they represented “growing pains for the American democracy to mature”.

“The general optics are that Donald Trump still has not conceded and thus the transition to the Biden administration is not so smooth. This is another bump along that process,” she said.

Park said the Biden administration was likely to work hard on America’s image abroad, and “Americans must pull through this incident so that lessons are learned and such incidents are not repeated again”.

Park said it would be an exaggeration to say this one incident alone diminished America’s standing in the world – or even in Asia. Rather than a reflection on the country, the scenes were a story chiefly about one man.

“The Trump presidency itself has diminished – or tarnished – America’s standing in the world,” she said.