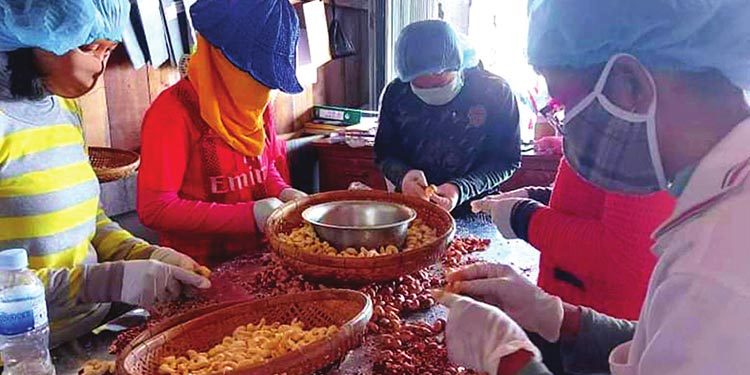 Cambodia exported 394,800 tonnes of raw cashew nuts from January to May this year, a decrease of 50.70 percent compared to the same period last year, according to the Ministry of Agriculture, Forestry and Fisheries (MAFF).

Giving a different estimate of the exports, the Cashew Association of Cambodia (CAC) said the country exported 574,359 tonnes of cashew nuts worth $865 million from January to May this year, a decrease of 44 percent compared to the same period last year.

Uon Silot, president of CAC told Khmer Times that cashew production continued to decline in early 2022 due to the weather conditions. “Climate change damaged the quality of the nuts. When the quality deteriorates, we will not get paid. We only got 20 to 22 percent of good nuts, so the price went down accordingly.”

Vietnam bought about 95 percent of cashew nuts from Cambodia, and most of the cashew nuts exported to that country were raw and dried, at a price similar to last year – 6,800 to 7,200 riels per kilogram for 30 percent dried cashew meat, Silot said.