Thailand’s legendary ‘cannibal’ to be finally put to rest 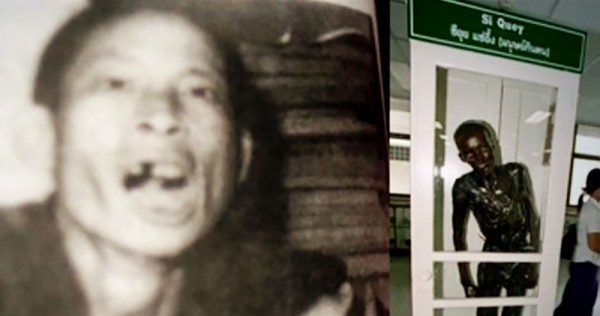 The embalmed body of alleged cannibal and child killer Si Quey, which has been on display at Siriraj’s Museum of Death for the past 70 years, will finally be given a proper funeral on Thursday, Mahidol University’s Faculty of Medicine Siriraj Hospital announced on Monday (July 20).

Si Quey Sae-Ung, a Chinese migrant who moved to Thailand in 1944 and was described by his neighbours in Prachuap Khiri Khan’s Thap Sakae district as well-mannered and friendly, was killed by a firing squad in September 1959.

He had been given the death sentence over charges of murdering seven children between 1954 and 1958 in Bangkok, Prachuap Khiri Khan, Nakhon Pathom and Rayong.

He had allegedly been caught in 1958 in Rayong province with the body of a boy, along with the boy’s extracted heart and liver.

Si Quey allegedly confessed to this murder, but denied he was planning to eat the internal organs or even having a taste for them.

After Si Quey was shot, the Siriraj Medical School used his body for autopsy studies, before embalming it and putting it on display under the label “cannibal”.

Last year, a group of netizens attacked Siriraj Hospital for robbing Si Quey of his human dignity and falsely labelling him as cannibal, especially since new interpretation of evidence suggests he may have been a scapegoat.

Netizens also launched a petition via change.org, demanding that Si Quey be given a proper funeral.

Siriraj Medical School relented by removing the “cannibal” label last year and has decided to cremate the body on Thursday.