Thailand warns of stricter measures if coronavirus not contained 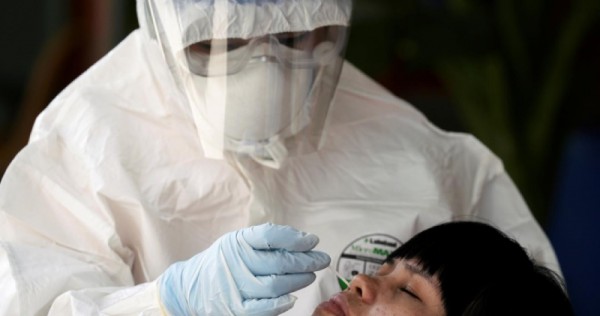 BANGKOK – Thailand warned on Tuesday that more intensive measures might be necessary to halt its worst coronavirus outbreak yet and urged the public to cooperate to contain a spread that has seen cases in most regions of the country.

Thailand has imposed tighter control measures in some areas, including on entertainment businesses, which will be reassessed in seven days, said Covid-19 taskforce spokesman Taweesin Wisanuyothin.

Health authorities confirmed 155 new cases on Tuesday as new clusters emerged in the wake of a big outbreak discovered 12 days ago at a seafood market near Bangkok, among mainly migrant workers from Myanmar.

Though low in comparison to many countries, Thailand’s average of 142 new daily cases is a setback for its efforts to keep the virus at bay, having recorded just 6,440 infections and 61 deaths since its first case in January.

“If the situation is under control, we will continue the current measures. If not, we will review them all. So we need to help each other more,” Taweesin said, urging people to stay home.

The latest curbs announced on Monday include a ban in Bangkok on betting businesses and midnight closures for its bars, nightclubs and music venues until Jan 4.

Keeping new cases under 1,000 a day may need more aggressive restrictions as imposed earlier in the year to fight the first outbreak, Taweesin said.

Those measures, which included closures of malls, restaurants and entertainment areas and restrictions on international travel, caused the tourism-reliant economy to contract the most in 22 years in the second quarter.

On Tuesday, the cabinet agreed to allow illegal migrants from Cambodia, Laos and Myanmar to register to work in Thailand for two years and also approved a budget of about 11 billion baht (S$486 million) for combating the new outbreak.

$500K investment for SMEs in Cambodia to improve e-commerce