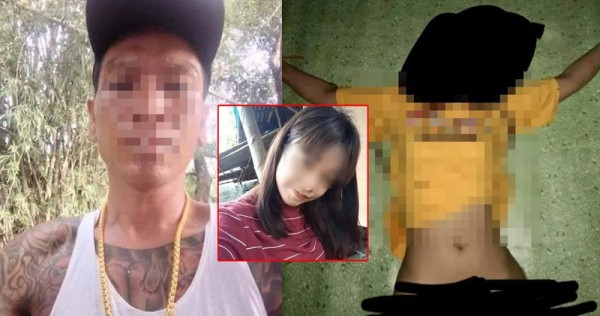 Police are hunting for a 40-year-old who has allegedly kidnapped his former 18-year-old girlfriend, and is now threatening to kill her.

The case came to light when Kannika Duanggkun, 19, said in a Facebook post that her cousin Sumonthip Tunklin was abducted by her ex-boyfriend called Lek on Tuesday.

The post caught the attention of police, who then summoned Sumonthip’s relatives to provide further information.

Meanwhile, Kannika said the 18-year-old had been kidnapped by Lek and his daughter when they had gone to visit Sumonthip’s older sister’s boyfriend.

Apparently, Lek and his daughter forced Sumonthip on to their motorcycle and drove away.

Then on Tuesday, Lek allegedly created a fake Facebook account and posted photographs of Sumonthip in a dark room with her arms handcuffed to the wall behind her.

He also posted a message threatening Sumonthip’s family, saying they stood to lose their lives if they reported the case to police.

In a voice clip acquired by Kom Chad Luek newspaper on Friday, Lek can be heard saying that Sumonthip had a new boyfriend and he cannot let her get away because she knows of his illegal dealings.

He also said his gang members may have done “something” to Sumonthip, adding that she will never get to see her family again.