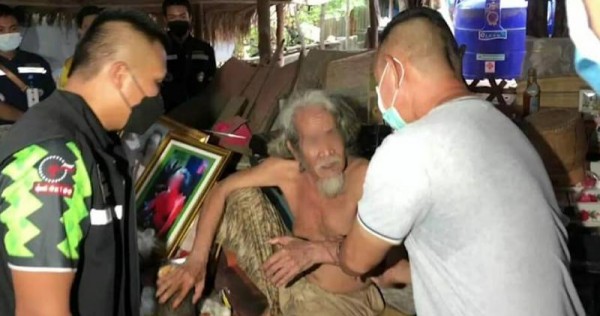 Police raiding the compound of a suspected cult leader in Thailand on Sunday (May 8) came across a grisly find — 11 bodies in coffins.

Thawee, 74, claimed to be “the father of all religions” and allegedly had followers consume his faeces and urine to ‘cure all diseases’, Thai media reported.

During the raid, the followers openly consumed his urine and flaky skin in full view of the authorities.

Thawee was arrested on several charges, after a celebrity shaman Jiraphan Phetkhao, better known as Mor Pla, led the police to his campsite in Chaiyaphum province.

A 53-year-old woman named Jenjira sought Jiraphan’s help after her 80-year-old mum did not return home after going to the hermitage.

Jenjira was worried her mum was being brainwashed.

She later found out that followers of the cult were told to eat Thawee’s mucus, urine, excrement, and dandruff, believing it could cure all diseases, The Nation reported.

The group was said to have conducted themselves in a religious manner.

Cult followers told Bangkok Post that the dead bodies were brought to “The Father” or Thawee for rituals to send them to heaven.

They did, however, admit that the corpses belonged to sick followers who sought treatment from Thawee.

Following the raid, Chaiyaphum governor Kraisorn said Thawee was charged with encroaching on forest land and violating the public health law and disease control act, as no one was wearing a mask at the compound.

Autopsies will be performed on the bodies to determine the cause of their deaths and further charges may be slapped on Thawee.

He is currently being detained by the police and a dozen of his followers have followed him there to offer moral support.

Human urine, excrement, and other discharges are unhygienic and must not be consumed, Dr Opart Karnkawinpong, director-general of Thailand’s department of disease control told ThaiPBS World.

He also advised followers of Thawee’s cult to get medical check-ups at the nearest hospital.

Japan jeers at ‘terrifying’ mascot for Osaka World Expo: ‘Who approved that monstrosity?’

China says it warned US warship as it transited Taiwan Strait