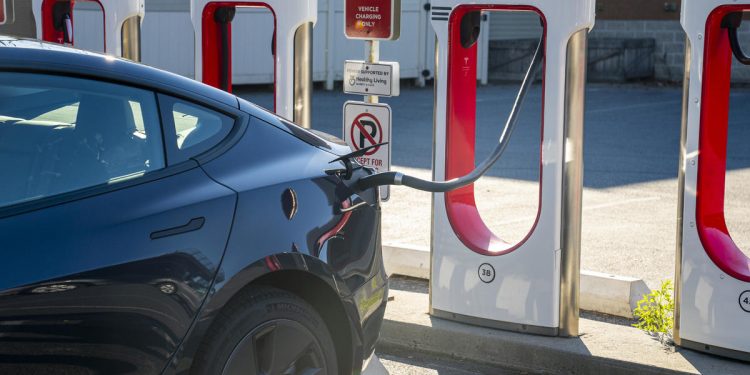 Tesla, the world’s largest producer of electric cars, has raised the price of its vehicles by thousands of dollars in just the past two weeks as the price of raw materials like metal have skyrocketed.

The listed prices of several new Tesla models climbed Tuesday, according to the company website, compared to the prices from March 1. Tesla CEO Elon Musk hinted earlier at why prices are rising, saying in a tweet Sunday that the company is “seeing significant recent inflation pressure in raw materials and logistics.”

Across the company, the most recent Tesla price hikes are between 3% and 5% in the U.S. and China, Dan Levy, a Credit Suisse analyst, said in a research note. While it’s unclear exactly when the price hikes took place, Reuters reported Tesla has raised its prices twice in just a few days. Tesla did not respond to a request for comment on its prices hikes Tuesday.

The costs of cars — both gas-powered and electric-powered — are soaring as inflation drives up the price of everything from food and rent to clothing and appliances.

Consumer prices in February grew at an annual rate of 7.9%, the U.S. Labor Department said last week — the fastest pace of inflation since 1982. But the average price for a new car is up 12% from a year ago, the Labor Department reports. A typical new car now costs $46,404, according to Kelley Blue Book.

(The price of used cars has increased a stunning 41% in the past year, as demand far outstripped supply. The average price of a used car is roughly $29,000, according to Edmunds.)

Automotive industry experts predicted price hikes for new vehicles would come soon after they saw the prices of aluminum, nickel and palladium blast off in recent weeks as Russia’s February 24 invasion of Ukraine appeared more and more imminent. Analysts at S&P Global Mobility told CBS MoneyWatch they expect the price of a Mercedes EQS to jump as much as $11,000 due to higher metal prices.

The Russia-Ukraine war is driving up metal prices further as more and more U.S. and European companies cut ties with Russian metal producers.

Called out by Volodymyr Zelenskyy, Nestle defends its Russia business