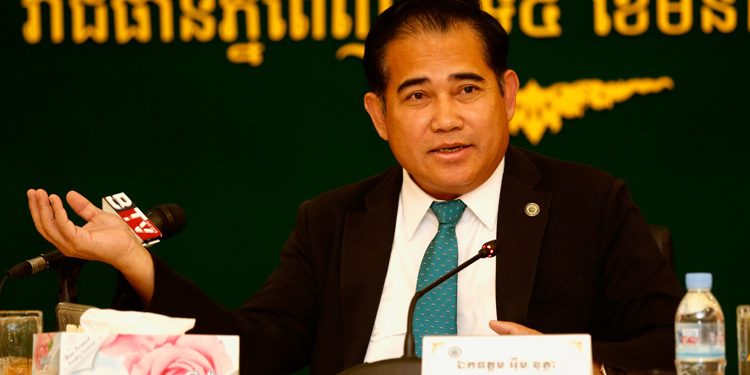 Cambodia Advance Communications Ltd or “CADCOMMS” has been in operation in Cambodia since 2008 when it launched a 3G network branded as qb.

qb’s physical network is very small so in 2016 the company established a roaming agreement with Cellcard across both their 2G and 3G networks.

Im Vutha, a spokesperson for TRC of the Ministry of Post and Telecommunications, said the TRC decided to delete the licensing of qb because this company does not have any business  activities.

“They informed us that they also want to invest in a 4G network, but there are no business activities. Therefore, the ministry has decided to withdraw their licensing as a mobile telecom operator and the spectrum it holds,” Vutha said.

He said the government will take over qb’s spectrum of10 megahertz (MHz).

When asked whether Metfone will acquire the spectrum from qb, Vutha said it was an ongoing rumour  but for now the spectrum will be officially taken over by the state and the government will consider a new investment for it.

“So far there are no buyers on that spectrum because the government is taking it over. The ministry of Economy and Finance and Ministry of Post and Telecommunications will check if there is new potential investment and will provide the spectrum via a bidding process,” he said.

Vutha also said that the ministry has stopped the company’s pilot work on a 5G network and the ministry will release a clear policy on 5G that it will talk about later.