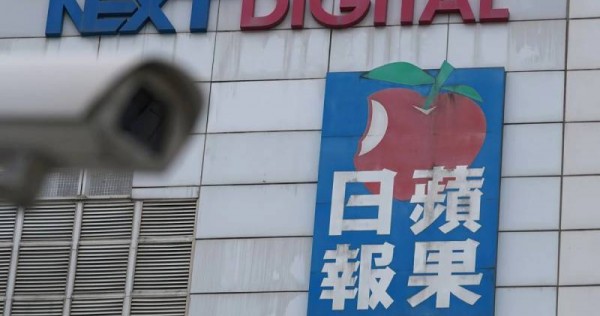 Taiwanese news website Apple Online is set to be sold, with its owner being wound up after sister Hong Kong newspaper Apple Daily closed during a crackdown under the city’s new national security law.

The liquidator for Next Digital, the media group founded by jailed Hong Kong tycoon Jimmy Lai Chee-ying, had been negotiating with potential buyers, Apple Online said on Monday (Dec 27).

The Hong Kong operation closed in June after executives and journalists were arrested and financial assets frozen for allegedly breaching a sweeping security law imposed on the city by China’s central government.

The financially strapped Taiwanese edition Apple Online had been rumoured to face closure at the end of this month after a Hong Kong court two weeks ago ordered the winding up of Next Digital following a government petition.

“After months of concerns from community leaders, civic groups and readers … Apple Online Taiwan has received notice from the office of Kenny Tam & Co, in charge of the liquidation of Next Digital, that a deal is under way,” the Taiwanese outlet said, naming a company called Avengers as one of the potential buyers.

It said Avengers was not funded by or linked to a mainland Chinese entity, but gave no other details of the company’s background.

“[Avengers] is highly interested in buying Apple Online because its [largest] shareholder had lived in Taiwan for many years and has experience in news media,” the outlet said, adding that the shareholder would maintain Apple Online’s existing reporting style.

Hong Kong liquidators hoped to complete the deal as soon as possible to facilitate the liquidation of Next Digital, it said. Before the winding up was ordered in Hong Kong, the parent company of the Taiwanese edition had been negotiating with a potential buyer and in late June signed a non-binding letter of intent to sell it.

At that time, Next Digital and the potential buyer were reported to be working to sign a final agreement by the end of July, but the deal was put on hold after executives and senior editorial staff were charged with offences under the National Security Law.

In September, four remaining directors of Next Digital — chairman Ip Yut-kin and independent directors Louis Gordon Crovitz, Mark Lambert Clifford and Elic Lam Chung-yan — stepped down, according to a Hong Kong stock exchange filing. The four called for the government to allow Next Digital to be liquidated, so that employees and creditors could be paid.

The liquidation led to speculation in Taiwan that court-appointed liquidators would demand Apple Online hand over more than three decades of readers’ personal data to the Hong Kong authorities.

Earlier this month, local human rights groups staged protests in Taipei demanding that the Taiwanese government bar the liquidators from obtaining such data, on the basis that Hong Kong authorities could use it to arrest or jail Taiwanese people if they were deemed to have broken the national security law.

Last Monday, Taiwan’s culture ministry said Hong Kong courts and liquidators had no right or jurisdiction to obtain such data, because the Taiwanese constitution and law protected its use. It added that only with a Taiwanese court’s approval could such data be provided to Hong Kong.

Apple Online later said that neither Next Digital nor the Hong Kong liquidator had asked it to hand over the data, nor had it done so.