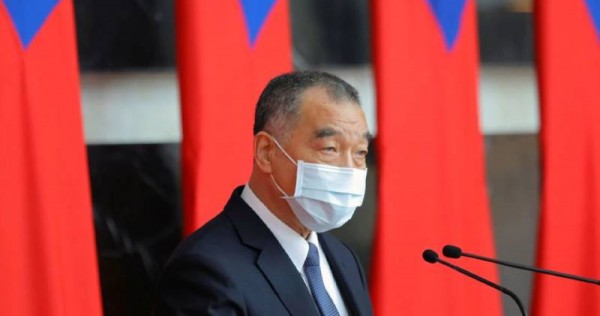 Taiwan has been gradually shifting from a conscript military to a volunteer-dominated professional force, but China’s growing assertiveness towards the island it claims as its own, as well as Russia’s invasion of Ukraine, have prompted debate about how to boost defence.

Answering lawmakers’ questions in parliament, Chiu said a proposal to extend military service was still under consideration and there would “definitely” be a plan put forward this year.

“We must consider the enemy situation and our defensive operations in terms of military strength,” he said.

Any changes would not come into effect until a year after they were proposed, Chiu added.

Previous governments under the ruling Democratic Progressive Party and the main opposition Kuomintang cut compulsory service for men from more than two years to the current four months to please younger voters as tension eased between Taipei and Beijing.

But China has stepped up its military activities near the island over the past two years or so, seeking to press it to accept its sovereignty claims.

Taiwan’s presidential office said in a statement later on Wednesday that the defence ministry was considering everyone’s views, but nothing had been finalised.

Training content must be reformed so those undergoing military service are able to effectively respond to the needs of modern warfare, and to strengthen the armed forces’ concept of “asymmetric warfare”, it added.

Taiwan’s military is dwarfed by that of China’s, but strategists hope superior training could help give it the edge in a conflict. The government is also working on a programme to reform reservist training.

New weapons are important too.

Lee Shih-chiang, head of the ministry’s strategic planning department, speaking at the same session as Chiu, said he expected the first batch of US-made MQ-9 Reaper drones, which can be armed with missiles and operate at long range, will enter service with Taiwan by 2025.

China does not recognise Taiwan’s democratically elected government or any claims of Taiwanese sovereignty and has never renounced the use of force to bring the island under Chinese control.