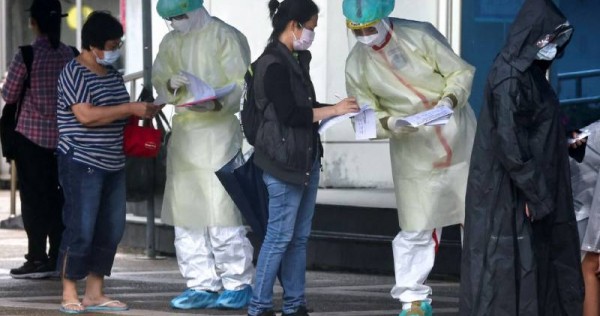 TAIPEI – Taiwan aims to end its mandatory Covid-19 quarantine for arrivals from around October 13 and will ease other restrictions from next week as it continues to re-open to the outside world, the government said on Thursday (Sept 22).

Taiwan has kept some of its entry and quarantine rules in place as large parts of the rest of Asia have relaxed or lifted them completely, though in June it cut the number of days required in isolation for arrivals to three from seven previously.

Taiwan has reported six million domestic cases since the beginning of the year, driven by the more infectious Omicron variant.

With more than 99 per cent of those showing no or only mild symptoms, the government has relaxed rather than tightened restrictions in its “new Taiwan model”.

Cabinet spokesman Lo Ping-cheng told reporters that from next Thursday visa-free entry will be resumed for citizens of all countries that previously had that status.

The government will also increase weekly arrival limits for international travellers by 10,000 to 60,000, he said, with no more PCR tests for arrivals.

If “everything is under control”, the government is aiming to end mandatory quarantine for all arrivals from around October 13, with arrivals rising to 150,000 a week, Lo said.

“This is the last mile in our fight against the pandemic,” he said, speaking after a weekly Cabinet meeting, adding the government is making all preparations needed to reopen its door to international tourists and to revive domestic businesses hit by previous Covid-related curbs.

Those who test positive, however, still need to quarantine at home or in designated hotels, the government said.

While Taiwan’s vaccination rate is high, the daily number of cases has been rising again, with more than 46,000 reported on Wednesday.

Throughout the pandemic Taiwanese citizens and foreign residents have not been prohibited from leaving and then re-entering, but have had to quarantine at home or in hotels for up to two weeks.

Before the pandemic, Taiwan was a popular tourist destination for mainly Asian visitors, with Japan, South Korea and Southeast Asia the most important markets.