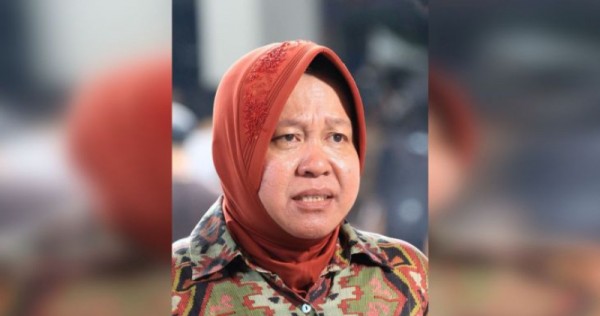 Surabaya Mayor Tri Rismaharini knelt down on the ground and broke into tears as she held a meeting with doctors and hospital directors in Surabaya amid the spike of Covid-19 cases in East Java’s capital city, which has become Indonesia’s epicentre of the outbreak.

Risma, as the mayor is affectionately known, was holding a meeting with the Indonesian Medical Association (IDI) and local authorities to discuss Covid-19 management at the Surabaya City Hall on Monday.

In the video, which went viral shortly after the meeting, the mayor, known as Risma, was seen kneeling down, crying and apologizing after a pulmonologist from Dr. Soetomo Hospital in Surabaya shared in the meeting that the hospital was overloaded with Covid-19 patients.

The doctor said that the hospital was overwhelmed with patients while also highlighting that there were still many residents of Surabaya who ignored the required health protocol to prevent further transmission of the highly infectious virus.

The statement led to a temporary halt of the meeting as Risma started to kneel down and cry.

“If you blame us [Surabaya administration], I won’t take it. We can’t even enter the hospital,” she said in tears as reported by tribunnews.com .

Risma argued that her office faced hurdles in reaching out to the hospital even when it tried to offer aid, without explaining the details.

She also said that her administration had undertaken various efforts to control the spread of the coronavirus.

“Please don’t keep blaming us,” she said while crying.

East Java is currently Indonesia’s Covid-19 epicentre with a tally of 11,805 confirmed cases as of Monday, surpassing the capital city of Jakarta that has recorded 11,114 cases.

Based on the East Java Covid-19 task force report on Sunday, Surabaya recorded half of the case of the province with 5,510 cases and 418 fatalities.

An official at the East Java Covid-19 task force suggested that the city reinstate the large-scale social restrictions (PSBB) in the wake of soaring new cases.

However, Risma said PSBB reinstatement was not in her administration’s plan for the time being as she would shift the focus to more testing and shutting down markets of shopping centres if positive cases were found, claiming that the numbers showed ‘downward trend’ .