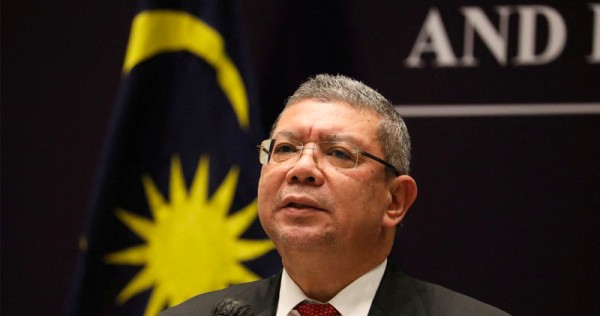 Syndicates dominated by Chinese gangsters have set up bases across Southeast Asia to run vast online scams targeting vulnerable people across Asia and beyond with Ponzi schemes, bogus cryptocurrency investments as well as fictitious promises of romance.

The operations are run from Cambodia, Laos and Myanmar, with significant outposts in the Philippines and Dubai, according to regional security experts.

They are staffed by tens of thousands of young workers from China and Taiwan to Malaysia, India and Thailand, many tricked into travelling to lawless corners of the Mekong, including in Sihanoukville and around the Kings Romans casino in the Laos’ part of the Golden Triangle – as well as the notorious KK Park in a rebel-held segment of Myanmar.

As hundreds of Malaysians seek rescue – and reports mount of torture and abuse in the scam centres – foreign minister Saifuddin Abdullah said the crisis is taking on a diplomatic edge.

“There are 5,000 Malaysians working in Cambodia, either with Malaysian or Cambodian companies who are making a good income and are not involved in any scam,” Saifuddin told reporters late on Thursday.

“If the wrong language is used, it could impede our relations with the relevant countries.”

He acknowledged that there has been evidence of torture inflicted on the victims, and implored those who experienced it to lodge a report with the local authorities where the torture occurred before being sent back to Malaysia.

On Thursday eight Malaysians – including four women, all in their 20s – returned home after being rescued from working in casinos in Cambodia, alleging they were forced to coax others into being recruited into the scam.

They were joined by another seven from Laos and six from Cambodia, most masked and wearing hats to avoid identification in front of the waiting media.

A total of 213 Malaysians have now been successfully repatriated since the government formed a special committee in September to tackle this widespread problem.

Cambodia has in recent weeks launched a highly-publicised crackdown on scam compounds, releasing thousands of agents – many trafficked and forced to work scamming their own nationals.

Yet experts fear the centres will simply shift to new locations including in Laos and Myanmar.

A further 60 Malaysians who have been rescued from traffickers are still being held by immigration officials in Thailand, Cambodia, Laos, and Myanmar for processing before they are repatriated, officials have said.

Saifuddin dismissed reports by Malaysia’s Special Functions Minister Abdul Latiff Ahmad who earlier claimed Kuala Lumpur was “having some trouble” getting help from Myanmar’s authorities, with nationals stuck in the junta-run country.

Malaysia, through Saifuddin, has been an outlier among the 10 Asean countries in openly voicing its criticism of the Myanmar junta, including condemning the six-year prison sentence imposed on the country’s deposed leader Aung San Suu Kyi in August.

“This issue is very specific, about people [being] duped, people missing, so there is no trouble [with Myanmar],” the minister said, refuting any suggestions Malaysia’s position on the junta may have slowed rescues of its citizens trapped in scams.

It is unclear how much remit Myanmar’s junta has over the border area of Myawaddy where the notorious casino, which doubles as a scam hub called KK Park, is located.

Security officials say it is administered by an alliance of ethnic rebels and Chinese businessmen operating with the agreement of the Myanmar junta.

Until recently rescues have been carried out by charities, individual lawmakers and businesspeople able to access informal channels into the scam centres.

Appearing at a press conference with lawmaker Sim Chon Siang, who has been heavily involved with rescues of Malaysians trapped in the scam game, a man known only as Mr A said that he was enticed by agents on WeChat offering salaries of up to 50,000 baht for “easy work”, and only realising he was duped after arriving at KK Park.

In an exclusive report last month, This Week in Asia reported on the death of a 23-year-old Malaysian trainee teacher Goi Zhen Feng who died alone in May in a hospital in Mae Sot, a frontier town bordering a Myanmar ‘special economic zone’ that is close to KK Park.

He left Malaysia in January for Bangkok to meet his online “romance”, promising to return on Feb 5, the day before his mother’s birthday.

He never returned and the last his family heard from him was his desperate call, saying he needed 80,000 ringgit for medical treatment.