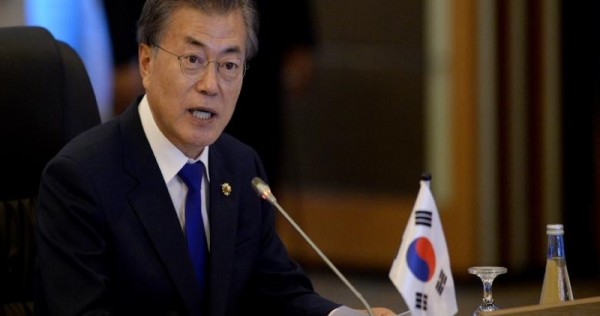 In a video message to the United Nations General Assembly, Moon said collective protection of life and safety would lay the groundwork for North Korea to have its security guaranteed by engaging with the international community.

“In the face of the Covid-19 crisis that poses a greater threat to humanity than a war, we came to be acutely reminded that the safety of neighbouring countries is directly linked to that of our own,” Moon said, according to an English translation of his prepared remarks distributed by his office.

Moon proposed launching a “Northeast Asia Cooperation Initiative for Infectious Disease Control and Public Health,” but did not provide details.

“It is not only Korea’s response to Covid-19 but also the invaluable lessons Korea will be gaining from institutionalizing peace that Korea wishes to share with the rest of the world,” he said.

South Korea’s aggressive testing and tracing efforts during the coronavirus outbreak have been praised internationally. North Korea has said it has no confirmed cases, though some US officials have cast doubt on that claim.

As part of his election pledges, Moon proposed building a regional cooperative mechanism in Northeast Asia to defuse military tensions and foster joint responses in areas of common interest, including disease prevention, disaster response and cybersecurity.

Moon this year also expressed his willingness to provide help to North Korea to fight the coronavirus outbreak, calling health issues a top priority in inter-Korean cooperation, but Pyongyang has said it would not receive outside aid and shut the border tighter.

North Korea has rejected cooperation with South Korea and ridiculed previous proposals after denuclearisation talks with the United States stalled, scuttling lofty goals for inter-Korean projects made at a series of summit between Moon and North Korean leader Kim Jong-un.

Japan to further ease Covid-19 entry curbs but not for tourists: Media