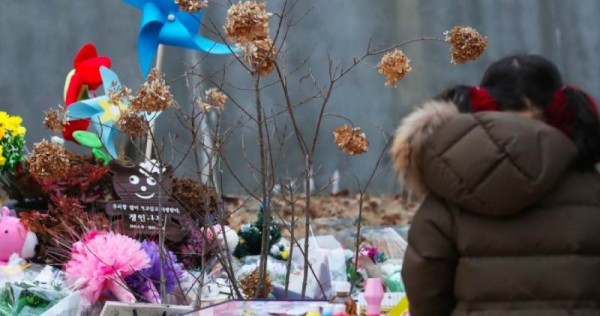 SEOUL – South Korea’s police chief apologised on Wednesday amid an outpouring of grief and anger over the death of an adopted child in a country with a long history of adoption both domestically and abroad.

The 16-month-old girl, who media have identified by just her given name, Jeong-in, died on Oct. 13 after being taken to hospital with injuries.

“I deeply apologise for failing to protect the life of a young child who suffered abuse,” Kim Chang-yong, the commissioner general of the Korean National Police Agency, told a news conference.

The apology came a day after President Moon Jae-in expressed regret over the girl’s fate and called on authorities to make the welfare of adopted children a priority.

Kim vowed to reform the response to child abuse and he also removed the local police chief from his post. Media said reports had been lodged with the police about the girl before her death.

The hashtag “Sorry, Jeong-in” has trended on Korean Twitter this week and several actors and singers, including a member of top band BTS, Jimin, posted the hashtag on their social networks and made donations to childcare agencies.

The case has shone a spotlight on child abuse.

The Korean Women Lawyers Association said 28 adopted children had died in 2018 alone from abuse, according to the National Center for the Rights of the Child, and 80 per cent of the child abuse takes place within the family.

South Korea has been a source of babies for adoption by people abroad since the 1950-1953 Korean War, especially to the United States. Adoption is also relatively common domestically.

A total of 387 children were adopted domestically and 317 abroad in 2019, according to health ministry data.