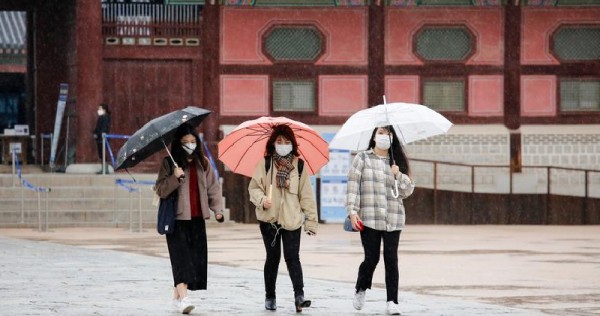 South Korea’s prime minister on Friday (Nov 20) pleaded with the public to avoid social gatherings and warned that tougher measures may be needed if a new wave of coronavirus infections is not quickly contained.

Prime Minister Chung Sye-kyun called for all social gatherings planned for the year-end period to be cancelled, employers to encourage staff to work from home and people aged 60 and over to stay home.

“If we don’t stop this pace of spread now, our daily lives where we could at least catch a breath will again be limited,” he told a Covid-19 response meeting.

South Korea tightened prevention guidelines on Thursday (Nov 19) but concern is growing that a ban on large public gatherings does not go far enough, with bars, nightclubs, religious services and sports events allowed to open with attendance restrictions.

A third wave of infections was under way with 363 new cases confirmed on Thursday, the Korea Disease Control and Prevention Agency said, the third consecutive day the tally has surpassed 300.

“We believe a third wave of infections is now ongoing in the capital region,” health ministry official Yoon Tae-ho told a briefing.

The number of acutely ill Covid-19 patients was rising sharply and stood at 84 on Friday, straining the resources of intensive care units, Yoon added.

Health officials said the capital region, where about half of the country’s 52 million people live and work, may need tougher restrictions if the average daily community infection over a week rose to 200 or more.

The capital region recorded 218 new cases on Thursday, its first daily tally over 200 since August.