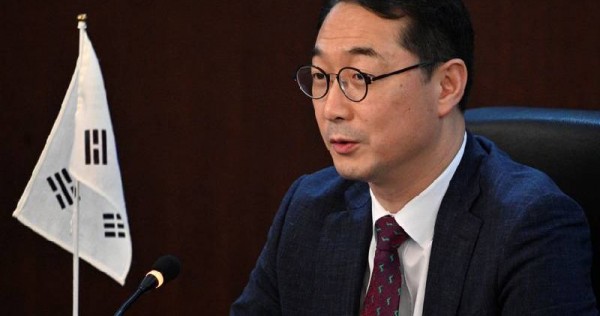 SEOUL — South Korea on Monday (Nov 21) asked for the “active co-operation” of China and Russia to prevent North Korea from conducting further missile tests, hours ahead of a United Nations Security Council meeting on the North’s test-launch of an intercontinental ballistic missile.

South Korea’s nuclear envoy Kim Gunn spoke with the Chinese and Russian ambassadors in Seoul, the foreign ministry said in a statement, and asked them to help hold North Korea accountable for its “provocations”.

The Security Council meeting was scheduled at the request of the US after North Korea last week launched a missile capable of reaching the US mainland.

“Kim asked for active co-operation from China and Russia, permanent members of the Security Council, and for them to play constructive roles to restrain North Korea from further provocations and to make it return to dialogue,” the ministry said.

North Korea has conducted an unprecedented number of ballistic missile launches this year and Washington has warned for months that it could conduct a nuclear bomb test, the first since 2017, at any time.

US President Joe Biden met his Chinese counterpart Xi Jinping last week and said Beijing has an obligation to try to talk North Korea out of resuming nuclear testing.

A senior US administration official said earlier this month that Washington believed China and Russia have leverage to persuade North Korea not to resume nuclear bomb testing.

FIFA rejects Belgium’s away shirts due to word ‘Love’