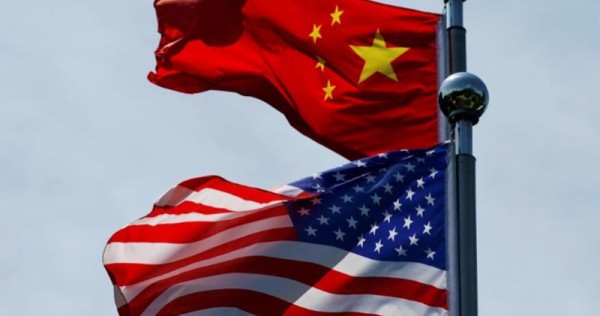 Malaysia on Wednesday warned that the South China Sea dispute that has emerged as a key proxy battle between the US and China could split the Asean bloc if countries gave in to the superpowers’ “narratives and pressure” over the row.

The comments by Foreign Minister Hishammuddin Hussein came days after his ministry sent an unusually terse diplomatic note to the United Nations rejecting Beijing’s sweeping maritime claims as part of its “nine-dash line”.

That move by Kuala Lumpur was preceded by Washington in July ratcheting up its position against China over the dispute.

But Hishammuddin told lawmakers in parliament that Kuala Lumpur’s position on the sea dispute was independent of the views of outside powers.

Malaysia is one of five member states of the 10-nation Association of Southeast Asian Nations (Asean) that are directly affected by the row and reject China’s claims .

The US is not a party to the dispute but has long backed Southeast Asian claimants, saying China’s stance in the waters endangered freedom of navigation and overflight.

Speaking in Malay, Hishammuddin said the Malaysian government had two key concerns: avoiding getting involved in the great power rivalry, and the sea row being used to split Asean.

“If we give in to the narratives and pressure of big powers, there is potential for Asean countries to align themselves with certain high-placed countries,” Hishammuddin said.

He avoided directly criticising China and the US in his remarks – a round-up of foreign policy issues that had been raised by MPs following the opening of a new session of the legislature last month.

“Confronted with big powers, we have to be united as a bloc to effectively maximise our mutual strength,” Hishammuddin said, noting that Malaysia was not the only Asean country involved in the dispute. “If Asean nations are divided, don’t expect Malaysia to face China and the United States on our own.”

The minister told parliament he was scheduled to speak with Chinese Foreign Minister Wang Yi in a phone call late on Wednesday and with US Secretary of State Michael Pompeo on Thursday.

“I will raise [the South China Sea dispute] with them,” Hishammuddin said.

A Xinhua report of Hishammuddin’s phone call with Wang Yi said the two foreign ministers discussed bilateral cooperation amid the coronavirus crisis and Malaysia’s hosting in November of a summit of leaders from the Asia-Pacific Economic Cooperation (Apec) grouping.

The report did not mention the sea row but said “the two sides also had an in-depth exchange of views on jointly coping with the current unstable and uncertain international situation.”

Hishammuddin in his remarks reiterated that the administration was committed to resolving the row through diplomatic means.

The minister said a code of conduct currently being negotiated by the entire Asean bloc and China was an avenue to avoid conflict in the water, but added that Malaysia would not compromise on its sovereignty and rights as part of the code.

The remarks by Hishammuddin were his most extensive yet on the South China Sea dispute since he came to power in March alongside Prime Minister Muhyiddin Yassin .

The new prime minister was appointed the country’s leader after a shock party-room coup ousted his predecessor, Mahathir Mohamad .

The new government’s stance on the sea dispute has not differed greatly from the stance of the previous administration, and it has come under criticism from Western commentators for not taking a firmer stance against Beijing – especially when Chinese vessels encroach into its waters.

Its note verbale to the UN last week however appeared sharper than usual.

In the note, Malaysia said it rejected “in its entirety” China’s nine-dash line claim.

Beijing says its territorial claims over disputed shoals and other features in the waters – based on so-called historic rights – allow it to draw straight baselines to create a vast coastal jurisdiction that makes up over 80 per cent of the sea.

Claimants such as Malaysia and Vietnam , as well as a majority of Asean countries, hold that maritime claims must be based on the 1982 United Nations Convention on the Law of the Sea (Unclos).

The claims by China, which is party to Unclos, do not adhere to the law.

In his comments on Wednesday, Hishammuddin also touched on a separate row between Kuala Lumpur and the Philippines over the East Malaysian state of Sabah.

Manila’s mercurial foreign minister Teddy Locsin Jnr last week claimed in a tweet that Sabah, one of 13 states that together form the Malaysian federation, was “not in Malaysia”.

In turn, Hishammuddin responded two days later with a tweet of his own slamming Locsin for “an irresponsible statement that affects bilateral ties” and said he would summon Manila’s envoy in Kuala Lumpur over the matter.

Malaysia’s control over Sabah is largely undisputed, though Philippine officials from time to time publicise Manila’s position that the region is part of its Sulu province.

The claim is based on the view that Sabah was gifted by the Sultan of Brunei to the Sultan of Sulu before the state became part of Malaysia in 1963.

Hishammuddin on Wednesday confirmed the summoning of the Philippine envoy but did not reveal what was discussed.

“We will not recognise or meet any foreign claim for Sabah. At the same time, I want to categorically state here that Sabah is, and will always be, part of Malaysia,” Hishammuddin said.