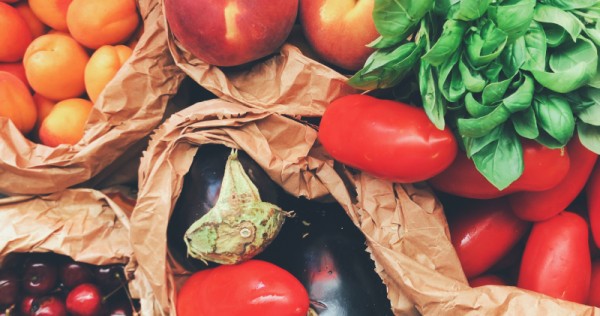 When the coronavirus pandemic forced Rohini Singh to work from her house, she realised the grocery bill was likely to rise since her family of three would be mostly eating at home.

She also didn’t want to waste food, with shelves in some supermarkets emptying in the early days of the crisis, and trips to stock up becoming more perilous.

“I think the pandemic made me more conscious about saving money and not wasting (food) if I can help it,” the university professor, who lives in Ohio, told the Thomson Reuters Foundation.

To try to achieve both goals, she signed up to Imperfect Foods, which delivers produce and other foods rejected by grocery stores and supermarkets for cosmetic reasons.

“Instead of getting thrown out, if (the foods) were to be sent to consumers who don’t mind the bumps and blemishes, it seemed… a way to cut down on waste,” Singh said.

Advocates against food waste say the pandemic has made some consumers in rich countries reconsider how much food they bin, a habit they hope will stick even after the health crisis is over.

Rachael Jackson, who runs Eat or Toss – a website that helps people assess if foods such as apples with black spots or sweet potatoes with purple sprouts are still safe to eat – said her traffic tripled between February and May.

“People didn’t want to go out as much, and things they found in their kitchen that normally they would throw away… now they were interested in doing research to find out if it was still okay to eat,” the Washington-based journalist said.

Since then, the site’s traffic has neatly followed the U.S. pandemic’s curve, slipping a little when shops and restaurants re-opened and climbing again since July as the virus resurged, Johnson said.

Dana Gunders, executive director of ReFED, a non-profit focused on reducing food waste in the United States, is optimistic pandemic-sparked behavior changes – such as eating more leftovers and being careful about waste – will last.

“Certainly in the United States this pandemic is stretching out long enough that it is building new habits,” she said.

People are likely to continue to eat more at home for the foreseeable future and do more food shopping online, which tends to result in less waste, she said.

Before the pandemic, almost a third of the food that makes it to the market was wasted at shops and homes, according to the US Department of Agriculture.

A survey of nearly 7,000 people in Belgium, Italy, Portugal and Spain, published Tuesday by Euroconsumers, a cluster of consumer organizations, found the number of people who said they threw away almost no food doubled to 70 per cent during lockdown.

WRAP, a British non-profit focusing on sustainability issues, similarly found in an April survey that households were wasting a third less of four key products – potatoes, bread, chicken and milk – than before the virus lockdown.

Still, the 18 per cent of food purchased that was thrown away in June was lower than the pre-lockdown level of 24 per cent, said Andrew Parry, special advisor for food and drink at WRAP.

“It’s a positive unintended consequence” of the pandemic, he said. “There’s been an increase in the realisation food is precious.”

Climate change concerns are playing an important role too, with more than 80 per cent of people surveyed in June citing this as a worry.

However, only 37 per cent said they understand the link between food waste and global warming, Parry said.

Globally, a third of all food produced – about 1.3 billion tons – is lost or wasted along the whole supply chain, according to a 2011 assessment by the United Nations’ Food and Agriculture Organisation (FAO).

The UN Environment Programme is expected to put out updated figures on food waste in shops and homes in 2021.

Overall, food production accounts for about a quarter of climate changing emissions, according to a 2018 report in the journal Science.

“Now more than ever, they have to optimize their whole system and cut down unnecessary operational costs,” she said.

Their initial research showed many restaurants in Reykjavik could be throwing away hundreds of kilos of food a month, said Bade Barajas, whose work in the kitchens of restaurants and juice bars during her university studies brought her face-to-face with food waste.

“Every day, without fail, you end up throwing away so much food,” she said. “I felt guilty.”

ReFED’s Gunders said she sees “fundamental changes” in restaurants and food services that could lead to less waste in the long run, such as ending self-service buffets.

Many restaurants have also re-opened with smaller menus because of the unpredictability of footfall, a trend that could outlast the pandemic and cut waste, she said.

Other food businesses are getting into the act too.

Last week, some of the world’s largest food retailers and providers including Carrefour, Walmart, Tesco and IKEA Food said nearly 200 of their major suppliers have committed to halving food waste by 2030.

Tesco in Britain has also partnered with food sharing app OLIO, which allows users to see food items nearing their expiry date in their area and collect them for free.

Jackson, who runs Eat or Toss, said cutting food waste is a way for households to have a real impact on climate change.

“We can feel helpless about addressing climate change because it seems really big. But if you’re keeping an eye on what you’re wasting, and consciously cutting that down, you can actually have a significant impact,” she said.