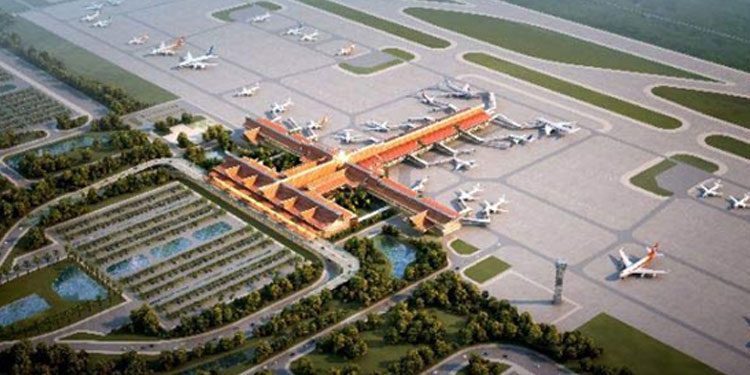 The construction of the main facilities has been a smooth process, said Sinn Chansereyvutha, under-secretary of state of the State Secretariat of Civil Aviation (SSCA).

“As of August, the construction of the new Siem Reap-Angkor International Airport has reached 40.67 percent and it is expected that by December 2022, the progress of the construction of this airport will reach 70 percent,” Chansereyvutha told Khmer Times on Tuesday, following a visit to the site.

However, China’s restrictive measures may slow the process, due to the supply of construction equipment, rising shipping and material costs and travel by skilled engineers, he said.

“The company is committed to complete the construction and put it into commencement in late 2023 or early 2024,” he said.

The airport will have the capacity to handle at least seven million passengers per year initially, 10 million by 2030, and 20 million by 2050.

It is being built under the 55-year build-operate-transfer (BOT) scheme.

The airport is licensed and financed by AIAI, an affiliate of China’s Yunnan Investment Holdings Ltd, with a registered capital investment of $880 million.

Cambodia registered 908,059 air travellers through its three international airports, currently managed by Cambodia Airports, during the first seven months of 2022, up nearly 500 percent compared to the same period last year, according to the SSCA’s report.