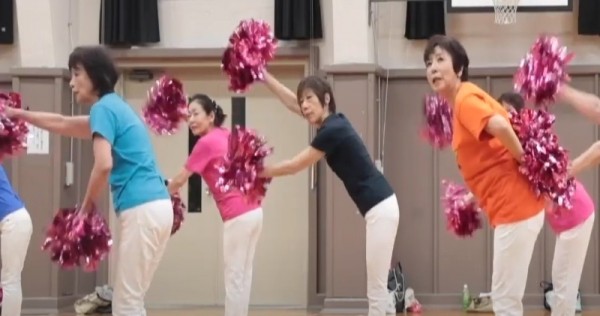 Some people say that “if there are things you wanted to try, but didn’t when you were younger, it’s never too late to start”.

For 83-year-old Japanese grandma Fumie Takino, it couldn’t have been more true when she ended her unhappy marriage several years ago and embarked on a new journey in search of her own dream, dedicating the rest of her life to her own way.

Deeply affected by the passing of her father, who called his final days a “waste,” Takino was awakened from her unhappy marriage and unfulfilling life “sacrificed for her children”.

At 53, she decided to leave her husband and travel to the US to study gerontology.

In 1996, she founded Japan Pom Pom, a cheerleading group, making her life more joyful through dancing as well as helping other women her age to regain their passion for life.

At the end of the day, she wanted to say to herself, “I was happy to be born”.

A decade later, she could be found dancing energetically in “shamelessly flamboyant costumes” with women who are 55 years and older.

Since founding Japan Pom Pom in 1996, she has not stopped dancing or having fun parties with her fellow cheerleaders.

“Many seniors do not accept us because they find it shameless and indecent that old women wear short costumes and dance on the stage,” Takino said.

This has not stopped her from breaking stereotypes of older Japanese women or bringing more color into the lives of other older women.