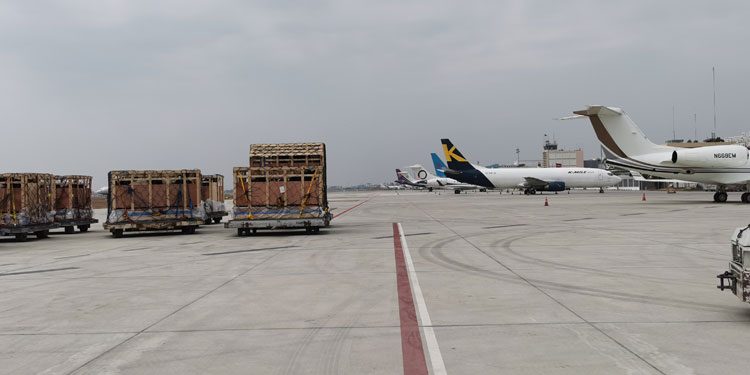 0
SHARES
40
VIEWS
Share on FacebookShare on Twitter
Recent media reports of a lack of transparency in the awarding of a 2.67 billion yuan ($405 million) contract to design and construct the airfield have been dismissed by the  Secretariat of State for Civil Aviation (SSCA). The contract in question  was awarded to Metallurgical Corp of China after a bidding process.

A Nikkei Asia report stated that the airfield project is being bankrolled almost entirely by Beijing.  It also reported that a major portion of Cambodia’s new international airport in Phnom Penh will be built by a Chinese state-owned company, leaving the French operator of the capital’s current gateway, Vinci, facing an uncertain future.

In addition, an article published in Khmer by Radio Free Asia on Dec 2 on its website, accused Cambodia of favouring China in the awarding of the contract and that the bidding process was neither transparent nor accountable.

The SSCA dismissed this claim, saying the news was baseless, unprofessional and contrary to the truth.  SSCA’s statement added that the bidding process was conducted under the highest standards of international competition in a free market economy in accordance with the Cambodia Airport Investment Co Ltd’s (CAIC) procurement and standard operating procedures. CAIC is the joint-venture between local conglomerate Overseas Cambodia Investment Corp (OCIC) and the SSCA which is developing the new Phnom Penh International Airport

The new Phnom Penh International Airport has a number of multinational companies involved including Netherlands Airport Consultants (NACO), an airport consultancy and engineering firm, Foster and Partners from the UK, Atkins, a joint UK-Canada firm and, Changi Airport Planners from Singapore.