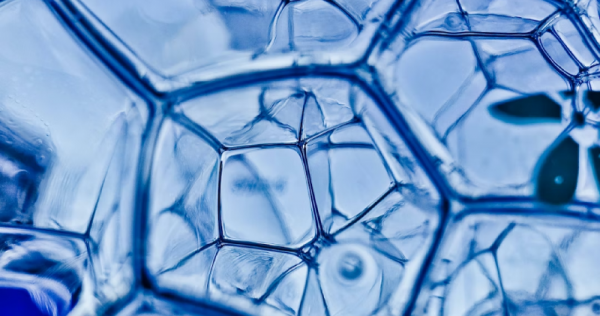 An international team of scientists say they have found a new way to extract water from bone-dry air to produce hydrogen, which they call “the ultimate clean energy”.

The researchers said the device could be used in an arid environment where relative humidity was as low as 4 per cent — meaning green hydrogen could potentially be created without using liquid water.

Average relative humidity is around 20 per cent, for example, in the Sahel desert in Africa and Uluru in the Central Australian desert.

“Moisture in the air can directly be used for hydrogen production via electrolysis, owing to its universal availability and natural inexhaustibility,” the researchers wrote in a paper published in peer-reviewed journal Nature Communications on Tuesday (Sept 6).

The team of chemical engineers — from the University of Melbourne, University of Manchester and Chinese Academy of Sciences — said there were 13 trillion tonnes of water in the air at any moment.

A handout photo. The device can produce 93 litres of hydrogen per hour, according to the study.
PHOTO: South China Morning Post

Electrolysis is the process of using electricity to split water into oxygen and hydrogen. When the process is powered by renewable electricity, the green hydrogen is “the most promising energy carrier of the low-carbon economy”, the scientists said.

Hydrogen can also be used as a storage medium for energy that is not continuously available, such as solar, wind and tidal power, they said.

But a global geographic mismatch between renewables distribution and fresh water supply makes it difficult to produce hydrogen in places where drinking water is a priority, according to the paper.

It pointed to North Africa, West and Central Asia, Midwest Oceania and the southwest of North America as areas where there is a shortage of fresh water but potential for solar and wind power.

To overcome the problem of not having enough water to create hydrogen, the scientists designed a device that uses porous materials — like a melamine sponge — soaked in electrolytes to absorb moisture from the air. It then splits the captured liquid water into hydrogen and oxygen. That process could be powered by a solar panel, a wind turbine or other renewable generators.

The team’s prototype machine is 1 square metre and can produce 93 litres of hydrogen per hour, according to the study. The device was tested to produce hydrogen of high purity for more than 12 days in a row at 40 per cent relative humidity without any liquid water added.

“A lot of places with abundant renewable energy sources have limited water supply. Instead of competing for scarce drinking water, the device collects water from the air – which can hardly be used by humans anyway — to produce hydrogen,” he said.

“The production process also makes use of excess renewable energy, which could go to waste if not stored or sent to power grids when they have reached maximum capacities.”

Fan said the development could also be significant for chemical makers that use green hydrogen as a feedstock and renewable energy to reduce their carbon footprint, giving ammonia production as an example.

Hu Guoping, a researcher with the Ganjiang Innovation Academy at the Chinese Academy of Sciences and also a co-author of the study, said hydrogen could potentially be transported to cities via gas pipelines when the device is scaled up.

“When China reduces the share of natural gas in its energy mix in the coming decades, the existing pipeline network can be used to transport hydrogen from the west to the eastern coastal cities,” he said. “At a smaller size, the device can be run in remote areas to power daily life.”

Lead author Kevin Li Gang, a senior lecturer at the University of Melbourne’s chemical engineering department, said the team planned to enlarge the device and explore other applications for it.

Li said it would be expanded to 10 square metres in the third quarter next year so it could produce enough hydrogen power in a day for one family.

He estimated that if it were scaled up to the size of a tennis court powered by solar energy, the device would be able to produce enough hydrogen to fuel 400 cars a year.

“We expect the product to be ready for market launch by the end of 2025 at the size of 1,000 square metres and operating in deserts, cold regions and places with storms,” Li said.

Tractors to the rescue as floods submerge India’s tech hub